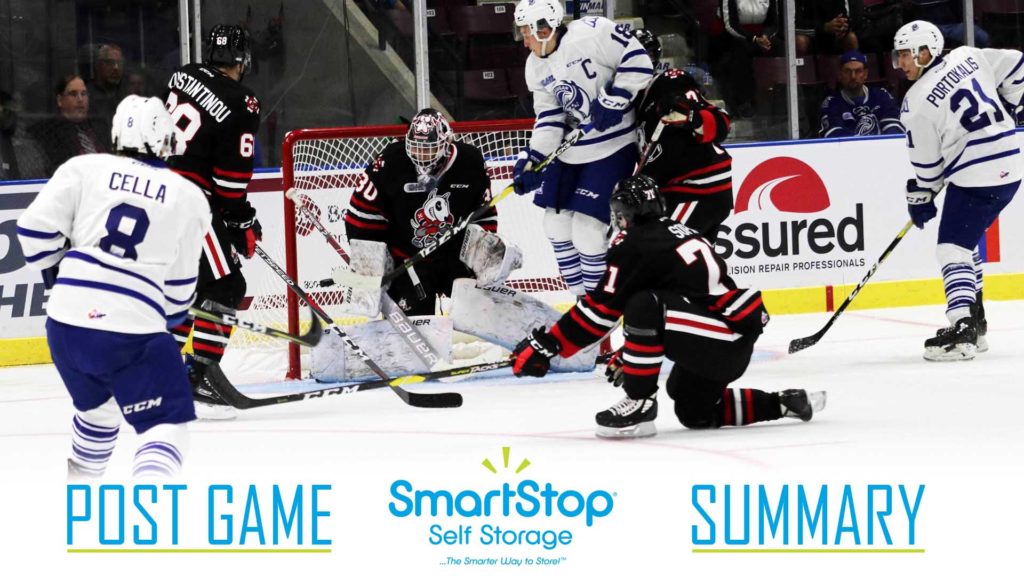 Coming off an overtime loss to the Ottawa 67’s on Friday, the Mississauga Steelheads looked to bounce back in front of a home crowd Sunday when they hosted the Niagara IceDogs. They didn’t necessarily get the start they wanted, finding themselves in a five-goal deficit at the halfway mark of the game, but the Steelheads stayed hungry and came close to what would have been an amazing comeback.

Niagara’s Ivan Lodnia opened the scoring late to give the IceDogs a 1-0 lead late in the first. Akil Thomas assisted on Lodnia’s first of the season. Less than a minute later, the IceDogs struck again as Elijah Roberts put them up 2-0. Thomas assisted on that goal as well. With time running out in the opening frame, the Steelheads found some life as forward Michael Little beat Stephen Dhillon to get the home team on the board. Shots on goal in the opening frame were 10-8 in favour of the visiting IceDogs, and the Steelheads trailed by one on the scoreboard heading into the first intermission.

The middle frame was an exciting one with nine goals scored. The IceDogs came out firing, notching four straight goals to take a 6-1 lead. Lodnia added his second of the night, Kirill Maksimov scored two back-to-back goals and Bradey Johnson scored his first of the season to give the IceDogs a nice cushion. Despite things seeming out of reach, the Steelheads continued to fight and it paid off as they responded with three consecutive goals to cut the deficit to 6-4. Jake Cella started off the scoring spree with his first OHL career goal. Richard Whittaker and Thomas Harley assisted on Cella’s goal. Two minutes later, captain Cole Carter capitalized on a power play opportunity. Keean Washkurak and Harley assisted on Carter’s first of the season. Less than a minute later, the Steelheads capitalized again on a man-advantage as Cole Schwindt potted his first of the season. Washkurak and Harley picked up the assists on the goal and the Steelheads were within two. The IceDogs responded quickly as Ben Jones capitalized on a Steelheads penalty. Before time ran out in the middle frame, the Steelheads converted on another power play opportunity as Keean Washkurak found the back of the net for his first of the season. Carter and Whittaker assisted on the power play goal. Shots on goal in the second were 20-15 in favour of the Steelheads, who trailed the IceDogs 7-5 after 40 minutes of play.

The Steelheads came within one in the final frame as Filip Reisnecker scored his second of the season at 4:48 to bring the score to 7-6. Whittaker and Nicholas Canade assisted on the goal. With a chance to even the score late in the frame, the Steelheads pulled goaltender Jacob Ingham to allow for an extra attacker. The IceDogs however, took advantage of the empty net as Thomas sent a shot the length of the ice to secure a 8-6 win for the IceDogs. 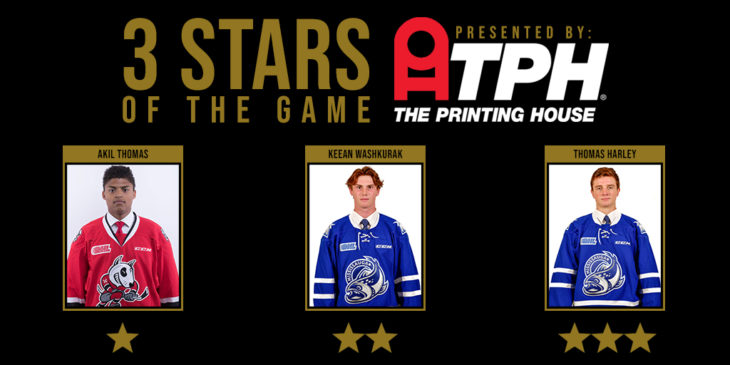 The Steelheads will be back home next weekend to host the Erie Otters on Friday, September 28 at 7PM and the Kingston Frontenacs on Sunday, September 30 at 2PM. Tickets can be purchased online through Ticketmaster here.