Steelheads close out preseason with win over Rangers 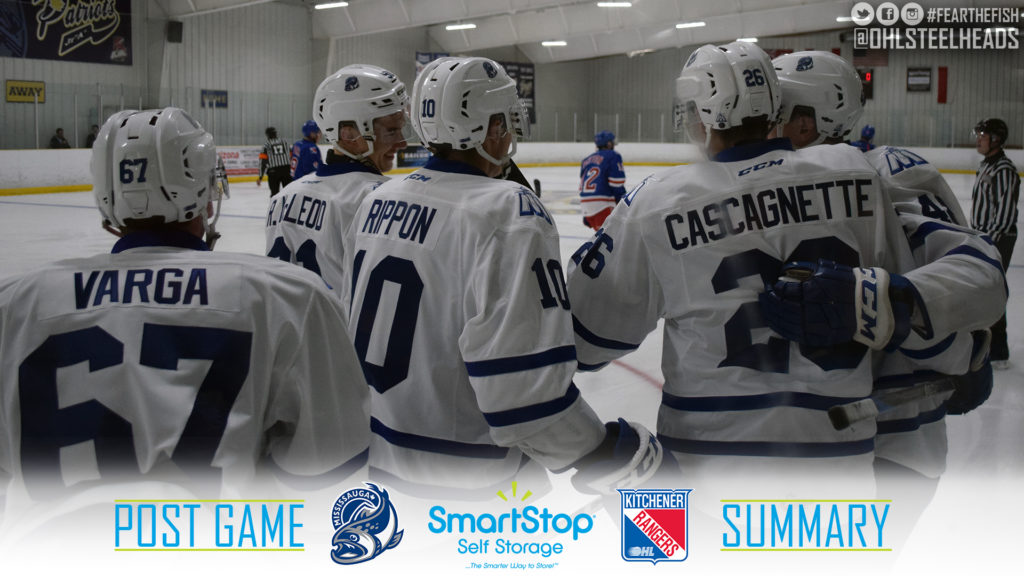 With their home opener just over a week away, the Mississauga Steelheads closed out the preseason Wednesday night with a tilt against the Kitchener Rangers at Westwood Arena in Etobicoke. Rookie forward, Adam Varga notched the game-winning goal as the Steelheads skated to a 2-1 victory to finish the preseason 2-2.

Newly acquired Anthony Dumont-Bouchard made his first appearance in goal for Kitchener, while Steelheads’ sophomore Jacob Ingham got the start for Mississauga. The Steelheads were quick to open the scoring as Jacob Cascagnette scored on his former team at 6:36 to get Mississauga on the board. Adam Varga and former Rangers’ prospect, Merrick Rippon picked up the assists on Cascagnette’s second of the postseason.

Halfway through the second period the Steelheads took a 2-0 lead as Adam Varga capitalized on a power play opportunity. Ryan McLeod and Thomas Harley picked up the assists on Varga’s goal. The Steelheads outshot the Rangers 9-6 in the middle frame and held a two-goal lead heading into the second intermission.

Just past the midway point of the final frame, the Steelheads were penalized for a high-stick, awarding the visiting Rangers a power play. Riley Damiani fired a shot from the faceoff circle past Ingham at 12:28 to get the Rangers on the board. The visitors pulled Dumont-Bouchard to make way for an extra attacker, but the Steelheads held on for a 2-1 win. Ingham earned the win in goal, turning away 14 shots in the third period and a game total of 27.