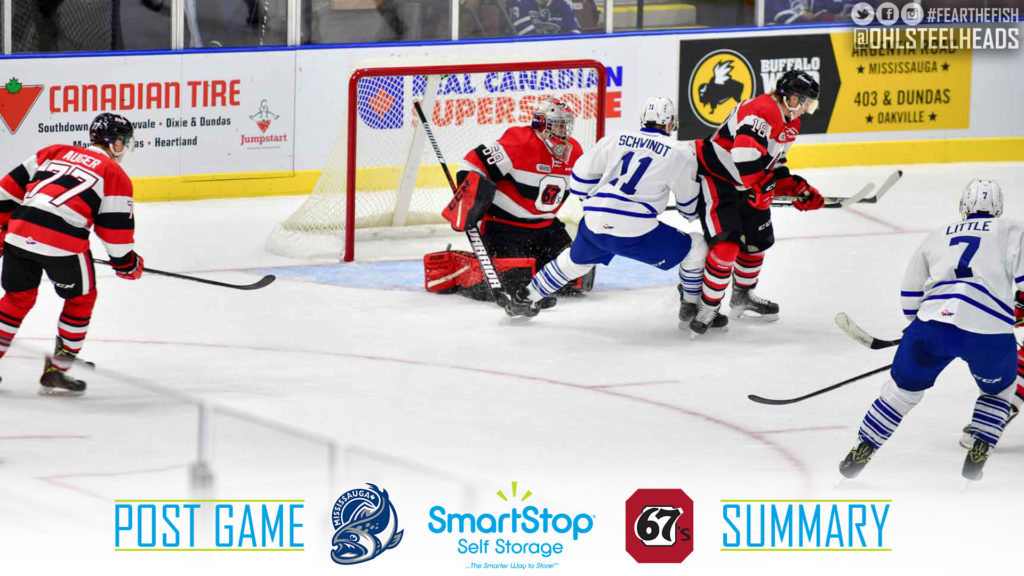 The Steelheads travelled to the nation’s capital Wednesday for a mid-week matchup against the Ottawa 67’s. Coming off a 7-4 loss to the top team in the CHL on Saturday, the Steelheads hoped to get back in the win column before heading home for a set of weekend games at the Hershey Centre. The 67’s were also looking for a crucial two points after a 5-4 loss to the Guelph Storm on Sunday.

In a slow paced opening period, the 67’s would strike first, capitalizing on a power play opportunity. With Albert Michnac in the box serving two-minutes for high sticking, the 67’s took advantage with the extra man as Travis Barron beat Jacob Ingham with his 10th of the season. Carter Robertson and Mitchell Hoelscher assisted on the goal as the 67’s held a 1-0 lead heading into the first intermission.

Midway through the middle frame, defenceman Nicolas Hague got the Steelheads on the board to even the score 1-1. Mathieu Foget and Ryan McLeod assisted on Hague’s 22nd of the season. The 67’s were quick to answer back as Sasha Chmelevski beat Ingham to restore their one-goal lead. Barron and Hudson Wilson assisted on Chmelevski’s 18th of the season. After 40 minutes of play the Steelheads trailed the 67’s 2-1.

Early in the third, former Steelheads’ defenceman, Merrick Rippon would head to the box to serve an elbowing penalty. Three seconds into the power play, Owen Tippett wired a shot right off the faceoff past Olivier Tremblay to even the score 2-2. The goal, his 20th of the season, extended Tippett’s point streak to 10 games. Minutes later, Chmelevski would strike again to restore the 67’s lead. Tye Felhaber and Rippon assisted on the goal. Despite a number of close chances, the Steelheads were unable to get anything else past Tremblay. The 67’s added three more unanswered goals, including an empty-netter from Travis Barron who registered a hat trick in the contest. The final score was 6-2 for Ottawa.

The Steelheads will return home this Friday, January 19th to host the Barrie Colts for a 7PM start at the Hershey Centre. 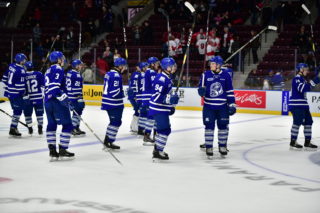 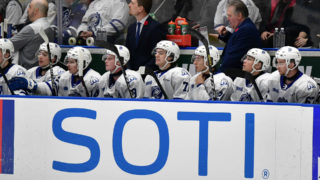 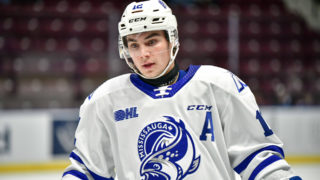 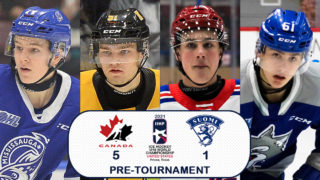