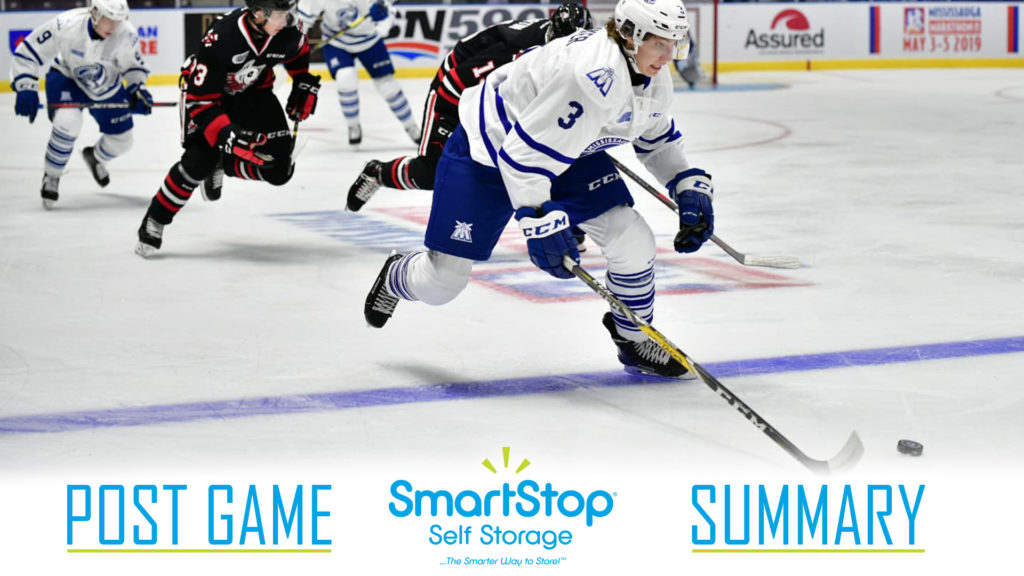 Coming off three straight losses, the Mississauga Steelheads returned to the ice Thursday night hoping to snap their losing skid against their central division rivals, the Niagara IceDogs. Although they opened the scoring, a couple bad bounces and a missed penalty shot ultimately led to the Steelheads’ fourth straight loss.

Just past the half way mark of the opening frame, Cole Carter buried his 14th of the season to give Mississauga a 1-0 lead. Ryan Wells and Ryan McLeod picked up the assists on the goal. Less that a minute later, the Steelheads would see an opportunity on the man-advantage as Niagara’s Daniel Bukac was sent off to serve two-minutes for slashing. They were unable to capitalize on the power play, and the score stayed locked at 1-0 heading into the first intermission.

At 7:46 of the second, Akil Thomas and Kyen Sopa converted on a 2-on-1, as Sopa beat a sprawling Jacob Ingham with a one-timer to even the score 1-1. Ivan Lodnia picked up the other assist on Sopa’s ninth of the season. The score remained tied heading into the final frame.

A tough bounce shifted the momentum early in the final frame, as Niagara’s Andrew Bruder fired a shot on net that deflected in off Steelheads’ defenceman Ryan Barbosa’s skate. Less than a minute later, the Steelheads found themselves down by two as IceDogs’ captain Ben Jones beat Ingham with his sixth of the season. Bradey Johnson and Matthew Philip assisted on the insurance goal. The Steelheads saw two close chances in the third but could not find the back of the net. Niagara goaltender, Stephen Dhillon made two big saves to preserve his team’s two-goal lead, the first coming on a penalty shot opportunity from Cole Schwindt and the second coming on a shorthanded breakaway from Owen Tippett. The Steelheads went 0/4 on the power play and Jacob Ingham made 31 saves in the 3-1 loss.

The Steelheads will look to bounce back tomorrow for game two of this home and home against the IceDogs before hosting the Kingston Frontenacs on Sunday.