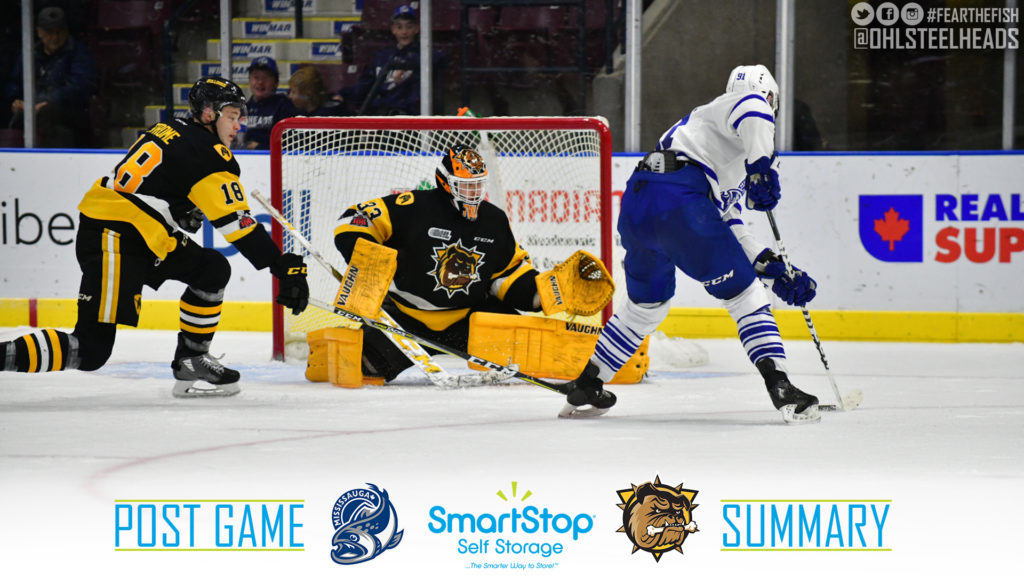 On Saturday night, the Steelheads rolled into Hamilton looking to bounce back after a tough loss the night before. Winners of five straight before Friday night’s loss, the Steelheads were hopeful to get back into the win column.

This was the sixth meeting between the Steelheads and Bulldogs, with the first place Bulldogs being victorious in all five previous. Nick Donofrio got the start in net for the Bulldogs for the first time since January 26, while Emanuel Vella started for the Steelheads.

The first period started slow with both teams feeling each other out. A few broken plays stifled any momentum for either team until Navrin Mutter was sent off for boarding. The Steelheads’ power play went to work and maintained solid pressure in the Bulldogs end. The power play finished without a goal, but set the table for the next few minutes of Steelheads offensive pressure.

The Bulldogs cleared the zone and with 16:20 left in the first were able to get on the board. Matthew Strome tucked a rebound past an outstretched Vella to put the Bulldogs up by one. The first period’s only goal was Strome’s 29th of the season and was assisted by Zachary Johnson and Mutter.

The second period started similar to the first with each team trading chances. The Bulldogs continued to mount their opportunities and outshot the Steelheads 12-8 in the frame. One of the 12 was a point shot from Riley Stillman that snuck past Vella and into the net. Despite protests from Vella for a goaltender interference call on Isaac Nurse in front of the net, the goal counted.

The Steelheads killed off a crucial 5-on-3 power play and survived a Hamilton penalty shot to keep the game within reach heading into the third period.

The Steelheads needed a comeback in the third and they came out of the gate flying. After peppering Donofrio with five shots early, captain Mikey McLeod tipped in a point shot to cut the Bulldogs’ lead to one. The goal was McLeod’s 13th of the season and came on his 20th birthday.

The Steelheads kept pressing, including a late power play opportunity, but were unable to tie the game up late.

With time winding down, a stream of Steelheads to the penalty box took the wind out of any comeback sail. First, despite having control of the puck, Mikey McLeod was called for elbowing. Then and after getting tripped in the corner and landing on the puck, Nic Hague was called for delay of game. With the Bulldogs on an extended 5-on-3 to end the game they were able to wait out the clock en route to their conference leading 32nd win of the year.

The Steelheads return home to the Hershey Centre on February 9th to welcome the Barrie Colts. Tickets available here.

The Real Superhero
24 hours ago 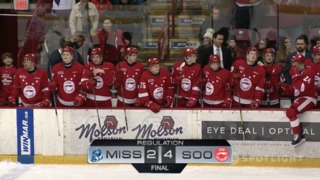