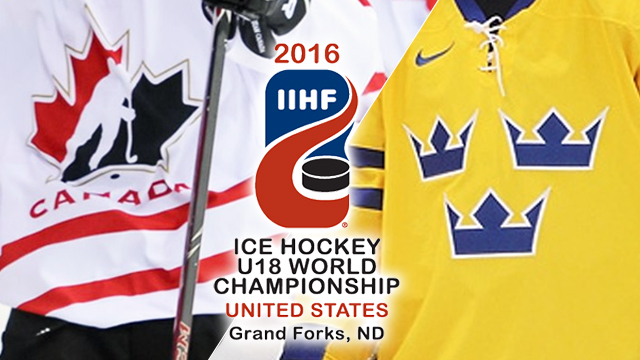 Michael McLeod had two goals and Owen Tippett picked up an assist in a 9-1 quarterfinal victory over Switzerland at the U18 World Championship on Thursday, setting the stage for what is bound to be an exciting semifinal game between Canada and Sweden on Saturday.

Leading Group B with 19 goals, Team Canada is 4-0 and has only allowed five goals against throughout the tournament. Tyson Jost of the Penticton Vees is leading the way for Canada with six goals and eight assists, including a five-point effort on Thursday against Switzerland, tying him with Connor McDavid (8-6—14 in 2013) for the most points by a Canadian at a single U18 World Championship. Team Canada’s offence has been supported by the play of goaltender, Evan Fitzpatrick who stopped 25 of the 26 shots he faced on Thursday to earn his third win of the championship.

Sweden advanced to the semifinals following a 7-2 victory over Slovakia on Thursday, as they chase their first gold medal in IIHF U18 World Championship history. The Swedes captured the silver medal in 2010, 2011 and 2012 but haven’t seen the podium since. They are currently 2-1-1-0 with 18 goals for and 11 against, and have scored five or more goals in their past three games. Steelheads’ forward Alexander Nylander has led the way for Sweden with three goals and five assists, and will square off against teammates, Michael McLeod, Owen Tippett, Nicolas Hague and the rest of Team Canada on Saturday. 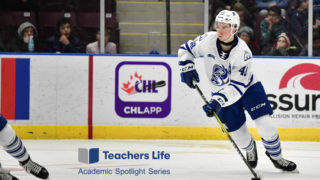