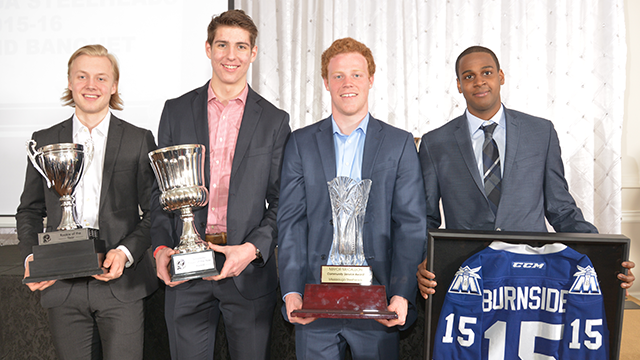 The Mississauga Steelheads closed out the 2015-16 season at the team’s annual year end awards banquet on Tuesday evening at Le Dome Banquet Hall in Oakville, ON. Players were joined by staff, friends and family to celebrate the end of an outstanding season. 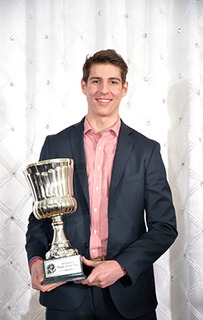 The first award of the evening for Scholastic Player of the Year went to defenceman Nicolas Hague, who was also the recipient for the Bobby Smith Trophy as the OHL‘s Scholastic Player of the Year. Hague attends Phillip Pocock Secondary School and maintained an 84.5 per cent average while balancing academics and hockey. Nicolas will be attending the University of Toronto – Mississauga Campus in the fall, while playing in the OHL.

The Rookie of the Year award went to Alexander Nylander, who was also recently named the OHL Rookie of the Year. During the Steelheads award ceremony, General Manager James Boyd stated how exciting Nylander has been to watch throughout the season and also quoted his ability to bring fans out of their seats. 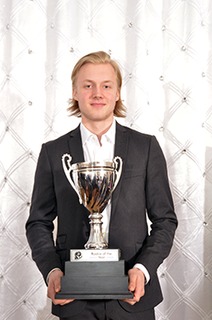 The award for the Most Sportsmanlike Player was awarded to rookie forward Ryan McLeod. As a rookie player, Ryan seems to know everyone in the league and is extremely well respected by all of them. His sportsmanlike demeanor is well-represented by his 16 total penalty minutes served in the 2015-16 regular season. 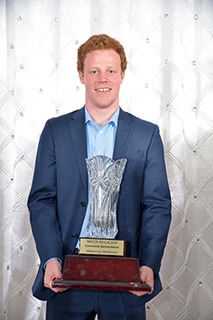 Steelheads defenceman Stefan LeBlanc was awarded the Hazel McCallion Community Service Award for his dedication and success in representing the Mississauga Steelheads on and off the ice. LeBlanc is an important role model to young fans and represented the organization well when visiting schools and engaging with students.

The final award of the evening for Most Valuable Player went to goaltender Jack Flinn. With an astounding season of 64 game starts, 1741 saves and a 0.905 save percentage, General Manager James Boyd remarked that Flinn was the backbone of the team and that it would have been tough to justify him as unworthy of the award.

The evening came to an end by honouring Overage Player Josh Burnside for his four years with the Steelheads. Burnside was presented with his home jersey. Goaltender Jack Flinn and forward Mason Marchment were also honoured for their time with the Mississauga Steelheads during this presentation but were not present to accept their jerseys. 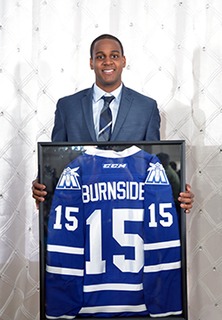 Don’t want to miss out on next season’s fun? Be sure to visit the Hershey Centre or click here to purchase your 2016-17 season tickets before the early bird deadline on Wednesday May 31, 2016. To stay up to date with your Mississauga Steelheads follow us on Instagram and Twitter, and like us on Facebook.