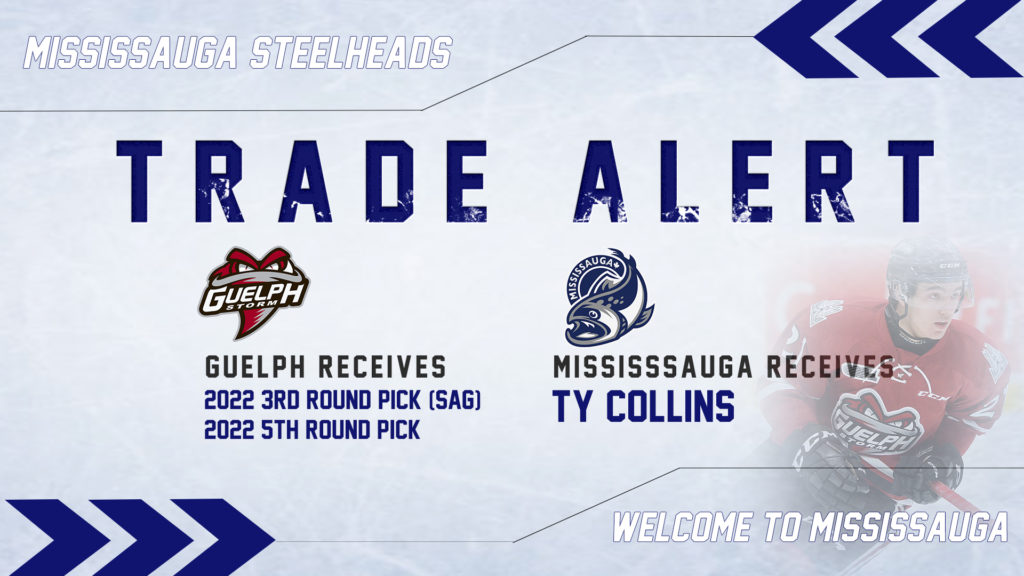 MISSISSAUGA, ON – The Mississauga Steelheads announced today that the hockey club has acquired forward Ty Collins from the Guelph Storm in exchange for a 3rd round pick in 2022 (SAG) and a 5th round pick in 2022.

General Manager and Head Coach James Richmond had this to say about acquiring the 6’0, 177 lbs. forward. “We are extremely excited to get another ’02 on our roster. Ty is very offensively gifted and will fit right into the lineup for this weekend.”

Collins was originally selected by the Guelph Storm in the second round (38th overall) in the 2018 OHL Priority Selection. Following the draft, the right winger was selected to represent Team OMHA Black where he registered 5 points (2G,3A) in 4 games.

The Steelheads would like to officially welcome Ty Collins and his family to Mississauga.