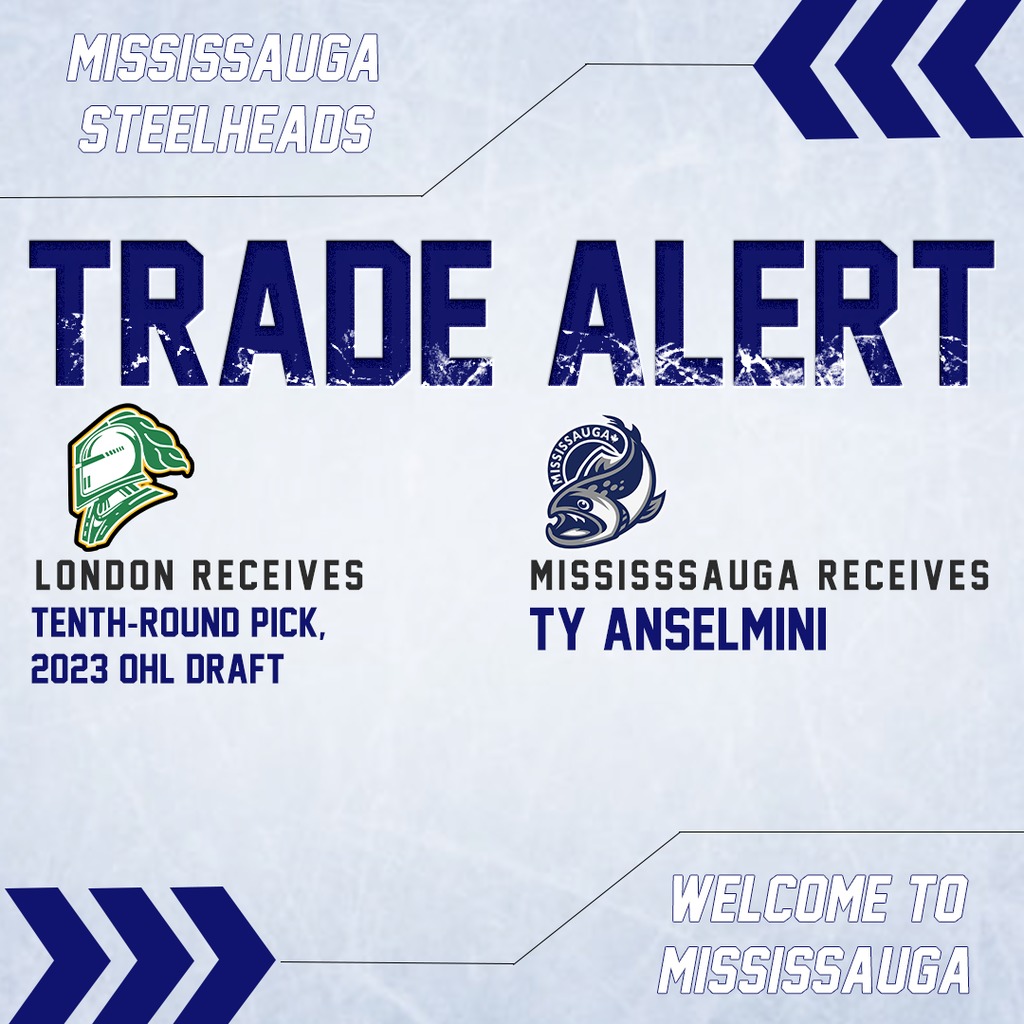 MISSISSAUGA, ON – The Mississauga Steelheads Hockey Club announced today the acquisitions of forward Ty Anselmini from the London Knights and goaltender Roman Basran from the Kelowna Rockets.

The Steelheads acquired forward Ty Anselmini from the London Knights in exchange for a 10th-round pick in the 2023 OHL Priority Selection.

Anselmini, a native of Guelph, ON, last played with the Waterloo Siskins of the GOJHL.

Steelheads General Manager and Head Coach James Richmond commented on the trade. “Our scouts really liked Ty in his draft year and we are excited to see what he can bring to our lineup. Ty has a motor that doesn’t stop, he plays hard every shift and will fit in very nicely into the Steelheads lineup right away.”

Anselmini registered 22 points (8G, 14A) in 48 games with the Siskins in the 2019-20 season. The 18-year-old was originally selected in the third round (47th overall) by the London Knights in the 2019 OHL Priority Selection.

The Steelheads also made the move to claim 6’2, 195 pound OA goaltender Roman Basran off waivers. The Delta, BC native last played with the Kelowna Rockets of the Western Hockey League. Basran played eight games with the Rockets in the 2020-21 season, posting a 4-2-1 record and a 3.86 GAA.

James Richmond had this to say about the latest acquisition. ““We wanted to add a top tier goalie with experience and Roman definitely checks both those boxes. We look forward to seeing Roman in the blue and white soon.”

Basran was originally selected in the third round (64th overall) by the Kelowna Rockets in the 2016 WHL Bantam Draft.

We would like to welcome Roman and Ty to the Steelheads family.