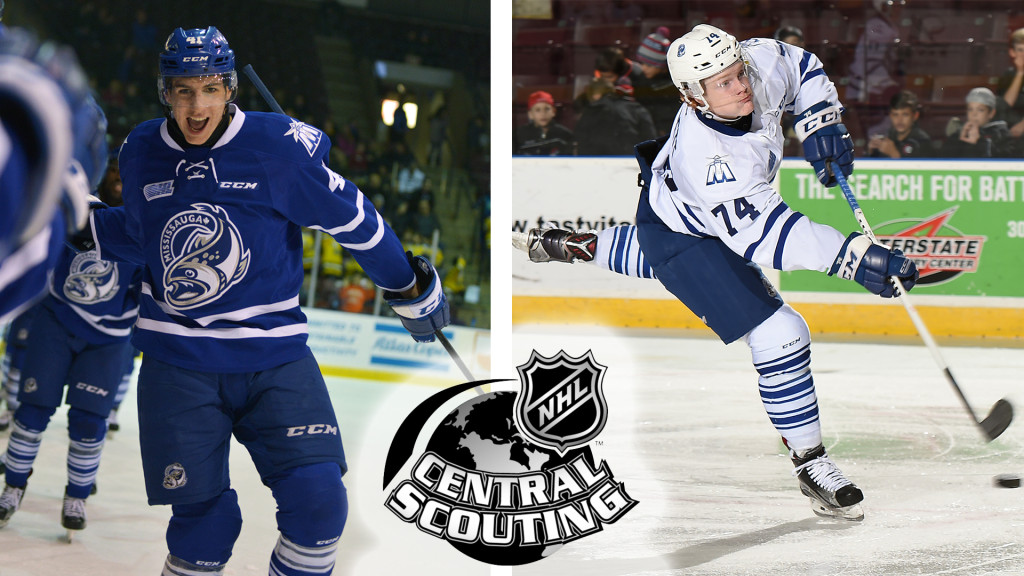 The NHL Central Scouting Futures List was released on Saturday July 23, where Nicolas Hague, Owen Tippett and Steelheads’ prospect, Cayden Primeau were listed among the 148 North American skaters and 142 international skaters projected to be taken at the 2017 NHL Draft. Hague and Tippett received honourable mentions as they are both projected to be selected in the first round.

Steelheads’ 6’5”, 208 pound defenceman, Nic Hague was ranked as one of the top defenceman in the Ontario Hockey League. Last season, Hague recorded 24 points (14 goals, 10 assists) in 66 games and played for Team Canada at the Under-18 World Championship in Grand Forks, North Dakota.

Goaltender Cayden Primeau, a Steelheads prospect, has also made his way onto the 2017 NHL Central Scouting Futures List. Primeau was taken by the Steelheads in the fifth round (89th overall) of the 2015 OHL Priority Selection, and spent his 2015-16 season with the Philadelphia Revolution U19.

Don’t forget to purchase your 2016-17 season tickets to make sure you catch these future NHLer’s in action.

Statement on Behalf of the Hockey Club
21 hours ago