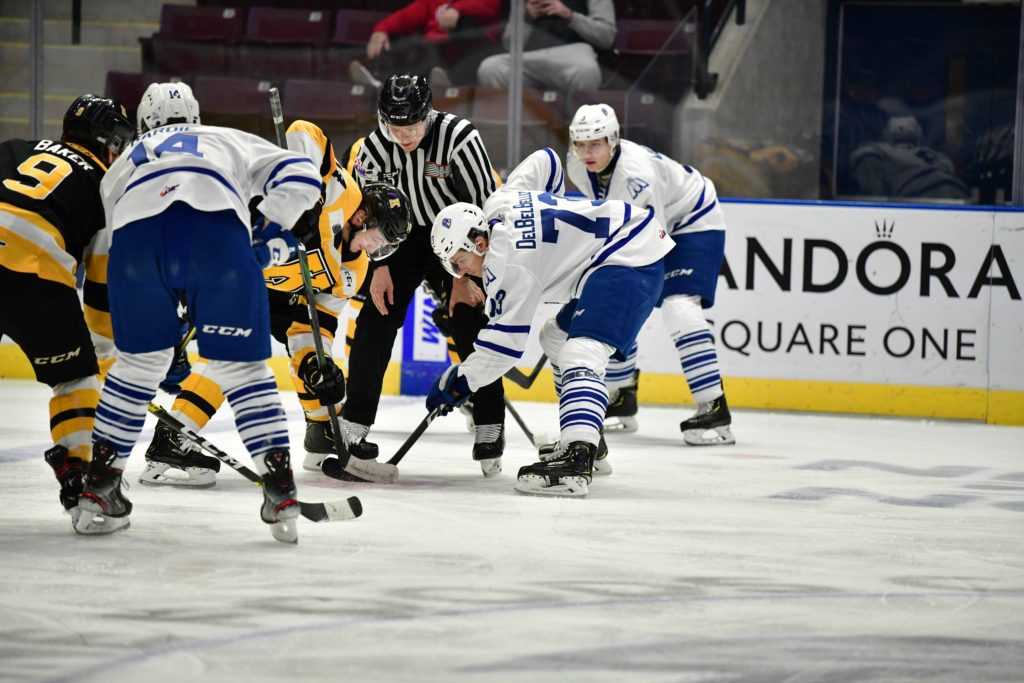 An excellent performance by the Steelheads as they takedown the Kingston Frontenacs to open the 2021-22 season by a score of 7-2.

In the latter half of the first period, the Steelheads capitalized on the man advantage after a misconduct penalty. Kai Schwindt scored his first career OHL goal on a slapshot following a pass from Luke Misa, who also registered his first OHL point.

Misa with the dish, Schwindt with the finish! pic.twitter.com/QgxlY7LAq6

The Steelheads continued to generate chances during the powerplay and reaped the rewards with the a 2-0 goal from James Hardie past the blocker side of Kingston goaltender Leevi Merlinainen. With over three minutes left in the period, Mississauga lit the lamp again as Luca DelDelBelluz went end to end and put one home for his first of the campaign.

The onslaught continued in the middle frame. It began with DelBelBelluz intercepting the pass in the Kingston zone, and feeding James Hardie, who went backhand past Merilainen for his second goal of the night. Then, 36 seconds later, Owen Beck scored his first career OHL goal after tipping in the shot from Callaghan. Zakary Lavoie tallied his first career OHL point on the assist.

With just over 90 seconds left in the period, DelBelBelluz continued his excellent showing with his second goal after Portokalis fed him in front putting the Steelheads up 6-0.

Netminder Joe Ranger showed composure in the net, stopping all 17 shots in the second period, including a highlight-reel pad save on Kingston’s Jordan Frasca.

It was a layback period for the Steelheads. A couple of unfortunate bounces led to Kingston’s two goals in the final frame. However, the big positive for the Steelheads came on a 4-on-2 attack, when Charlie Callaghan when top shelf scoring the team’s final goal of the contest.

The Steelheads return to the ice next Friday to travel to North Bay to face the Battalion.