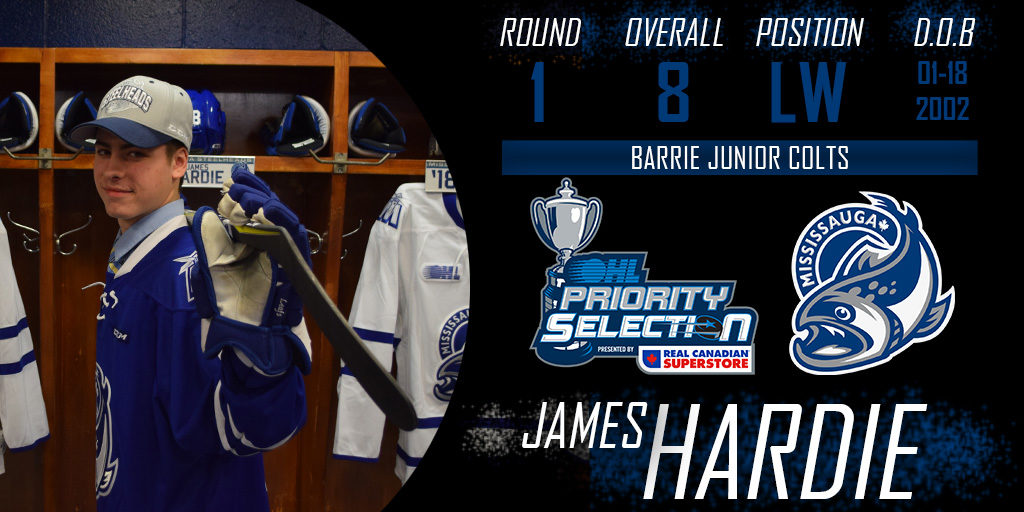 The Mississauga Steelheads are pleased to select James Hardie from the Barrie Jr. Colts 8th overall in the 2018 OHL Priority Selection.

SCOUTING REPORT: James is a goal scorer that loves to shoot the puck. He has a junior-level shot already. It has pace, accuracy and he can pull the trigger quickly. He does a good job of finding open ice or those little quiet pockets in the offensive zone. He isn’t afraid to try and beat a defender in open ice when the chance is there. He plays for a well structured team that does all the little things well and he knows his responsibilities in his own end. James was a big reason why his team had success in the playoffs and OHL Cup.

James Hardie of the Barrie Junior Colts played an impressive season in the ETA with the minor midget squad. In 34 games played, he tallied 41 goals and 29 assists for a total of 70 points on the season. Born in Innisfil, the 5’10” forward will be a great addition to the Steelheads.

The Steelheads would like to welcome James and the Hardie family to Mississauga.