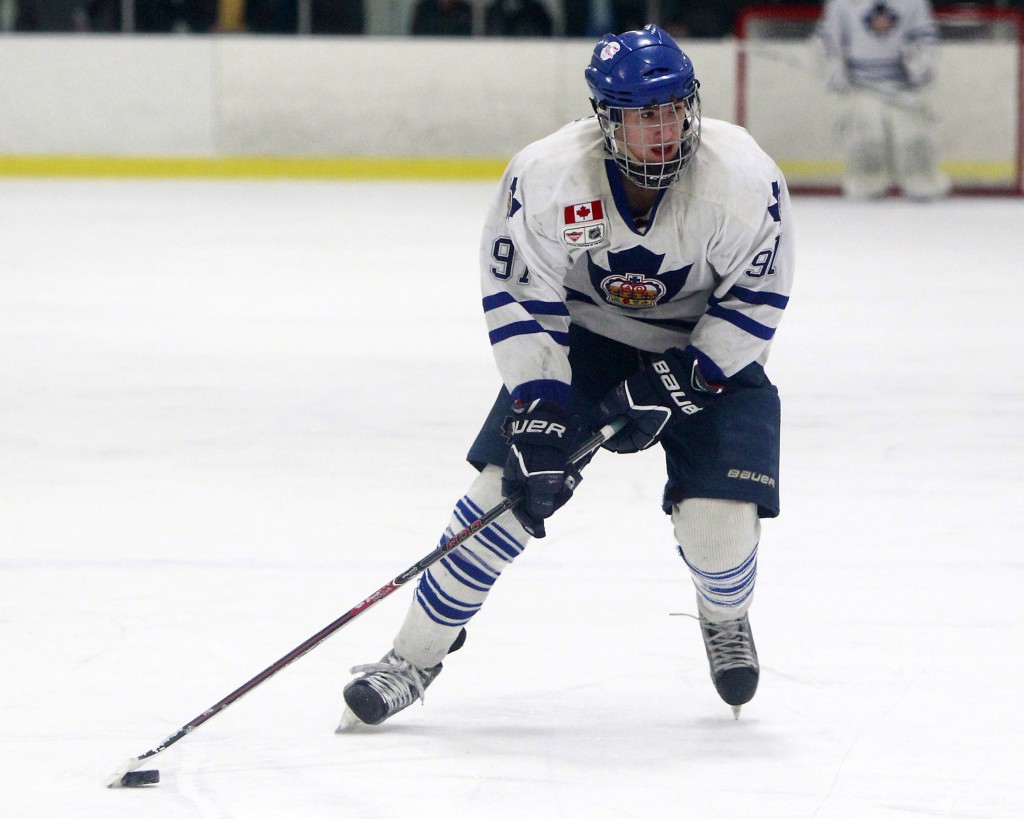 Mississauga, ON – The Mississauga Steelheads Hockey Club today announced that Michael McLeod of the Toronto Marlboros will be the 5th overall pick in the 2014 OHL Priority Selection, presented by State Farm®.

Born February 3, 1998, McLeod is best known for his play-making and high-end skating ability. He finished third in GTHL scoring with 21 goals and 36 assists in 33 games, adding 7 points in 5 playoff games. McLeod went on to shine in his second OHL Cup Tournament with 7 goals and 4 assists, earning him the Most Valuable Player honour for the 2014 OHL Cup Tournament as a member of the 2014 Champion Toronto Marlboros.

Steelheads owner, Elliott Kerr is excited to add some home grown talent to the Steelheads. “We are thrilled to have Michael McLeod join our Steelheads family. It is very important for us to involve home grown players and Mike is a Mississauga boy from a wonderful Mississauga family.”

OHL Central Scouting describes the 6’1 175 lb. centre as a “go to guy on his team. He is electrifying and you notice him almost every shift he is on the ice. His skating ability is definitely in the top of his age group. He has the ability to change gears mid stride and beat a defender with ease. Michael’s one-on-one skills are outstanding – he has made many defensemen look very silly. He is more of a playmaker than a natural goal scorer. He competes hard every shift. Michael has all the skills and ability to be a very good player at the next level.”

The entire Steelheads organization would like to welcome Michael McLeod and his family to Mississauga.