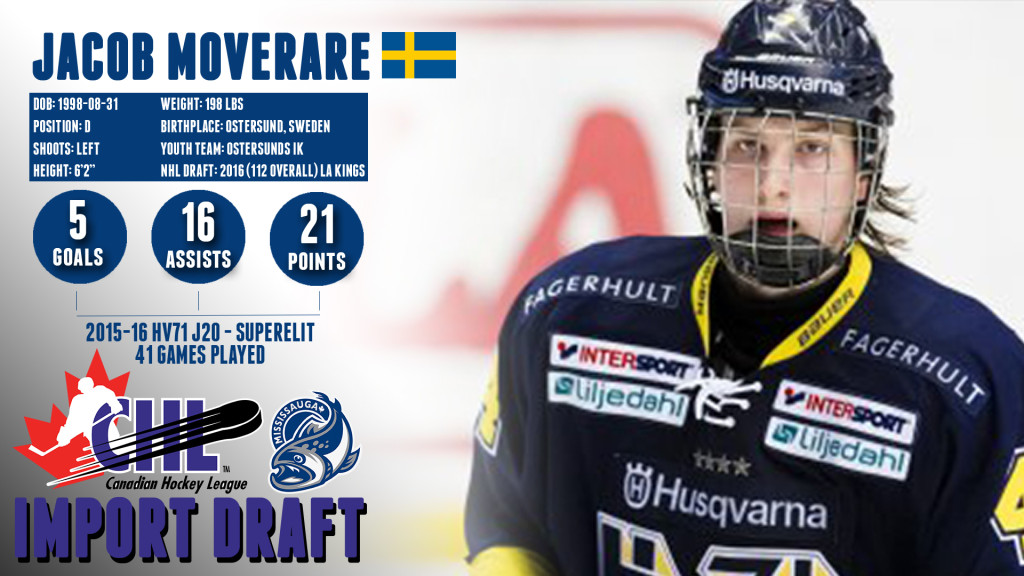 With the 20th selection in the CHL Import Draft, the Mississauga Steelheads selected Jacob Moverare, a left-shot Swedish defenseman from HV71.

In 2015-16, Moverare played in 41 games for the HV71 J-20 team, recording five goals and 21 points. In addition, Jacob appeared in four games for HV71’s SHL Team, and played three games in the Champions Hockey League. Moverare competed internationally for Sweden at the 2016 Ivan Hlinka Tournament and the 2016 World Junior Under-18 Championship in North Dakota; winning silver medals at both events.

The Los Angeles Kings selected Moverare in the fourth round of the 2016 NHL Draft this past Saturday in Buffalo, NY.

“He is smart player who makes sound decisions with the puck in all three zones and is a responsible and capable defender. Jacob projects as an excellent OHL caliber player” explained General Manager, James Boyd.

The Steelheads would like to welcome Jacob and the Moverare family to the organization!