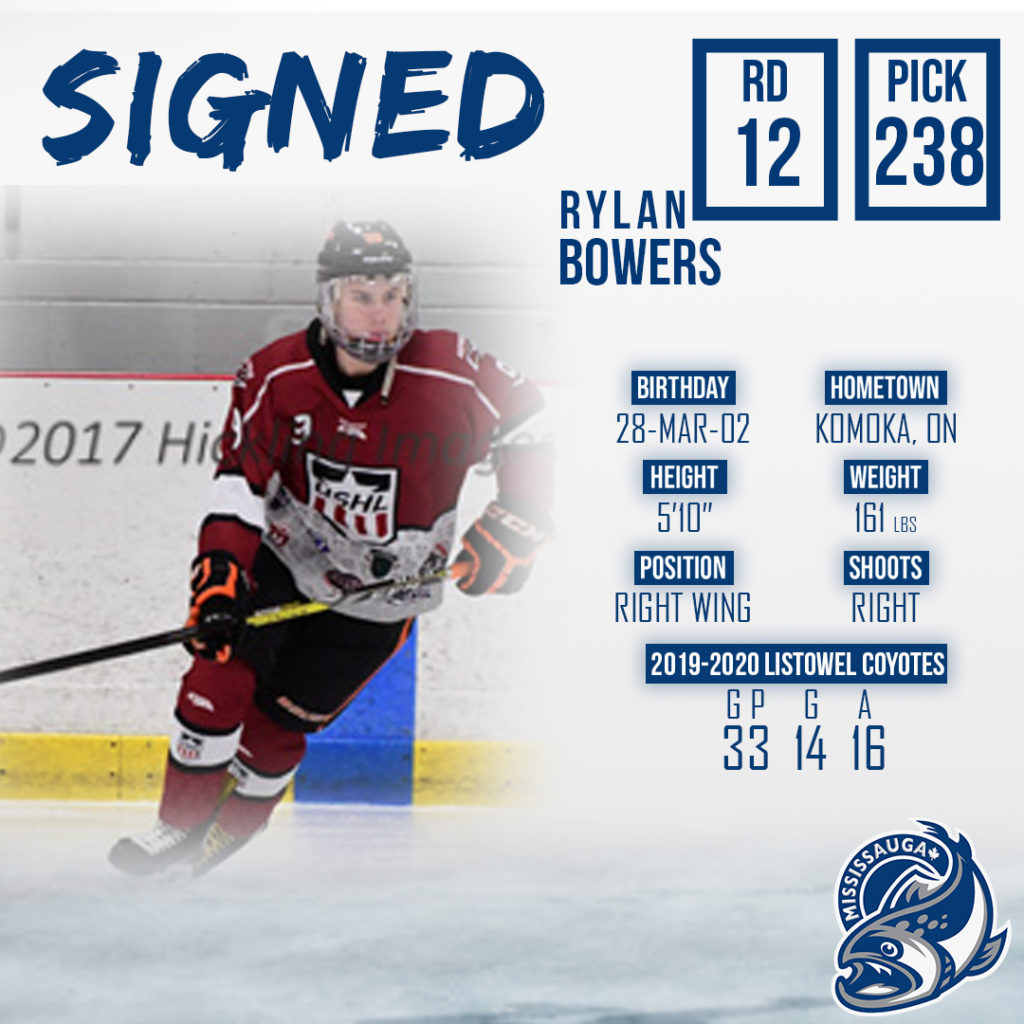 The Mississauga Steelheads announced today that the hockey club has signed their 12th round pick (238th overall) from the 2018 OHL Priority Selection, right winger Rylan Bowers.

Bowers, 17, has appeared in 33 games with the Listowel Coyotes (GOJHL) this season and registered 30 points (14 goals, 16 assists). The Komoka, Ontario native was selected to represent his minor hockey association at the OHL Gold Cup in 2018, where he recorded 1 point (1 goal) over 4 games.

Head Coach and General Manager James Richmond commented on the most recent signing. “We are excited to see Rylan in a Steelheads uniform tomorrow in Sudbury. Rylan brings a high energy attitude while at the same time leads his Listowel team in scoring. We would like to welcome Rylan and his family to the Mississauaga Steelheads Family and wish him the utmost success.”

Bowers will make his Steelheads debut wearing #13 in Sudbury on Sunday.