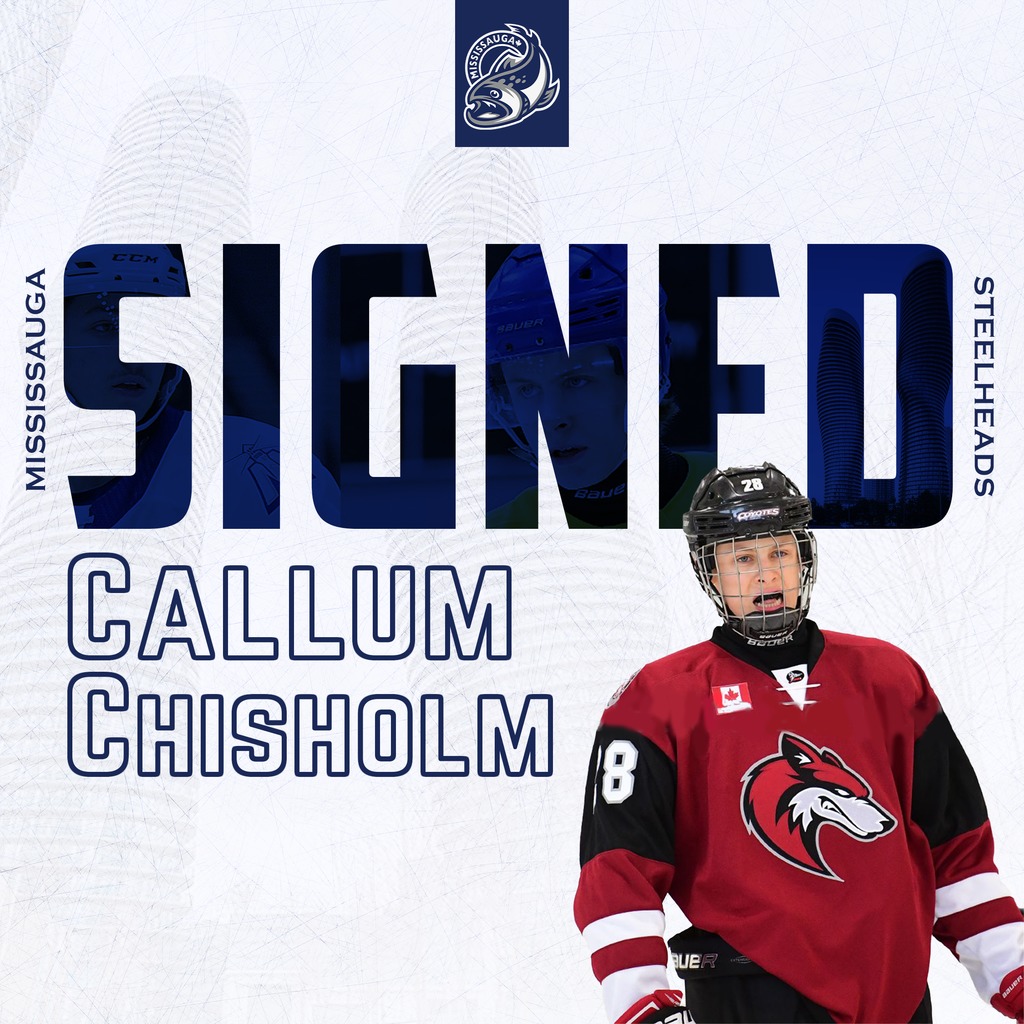 Chisholm had this to say about signing in Mississauga. “I’m thrilled to be joining the Steelheads and look forward to learning from my new coaches and teammates. This has been my goal since being drafted, so I can’t wait to get this upcoming season started!”

The Richmond Hill, Ontario native was originally selected by the Mississauga Steelheads in the 2019 OHL Priority Selection in the tenth round at 194th overall. Chisholm played out his 2019-20 season with the Toronto Jr. Canadiens U18, and registered 4 points (3 goals, 1 assist) in 20 games during the campaign.

Most recently the 6’5”, 210-pound left winger was in Erie for the PBHH Invitational. The event was a junior showcase highlighting talent from across the OHL, USHL, NAHL, and other leagues. Chisholm recorded 5 points (3 goals, 2 assists) in 9 games during the tournament. The left winger is eligible to be selected in the 2021 NHL Draft at the end of the month.

Steelheads GM and Head Coach, James Richmond commented on today’s signing, “We are excited to see Callum in a Steelheads uniform this season. Callum is a big power forward at 6’5”, 210 lbs and brings a high energy attitude. We would like to welcome Callum and his family to the Mississauga Steelheads Family and wish him the utmost success.”