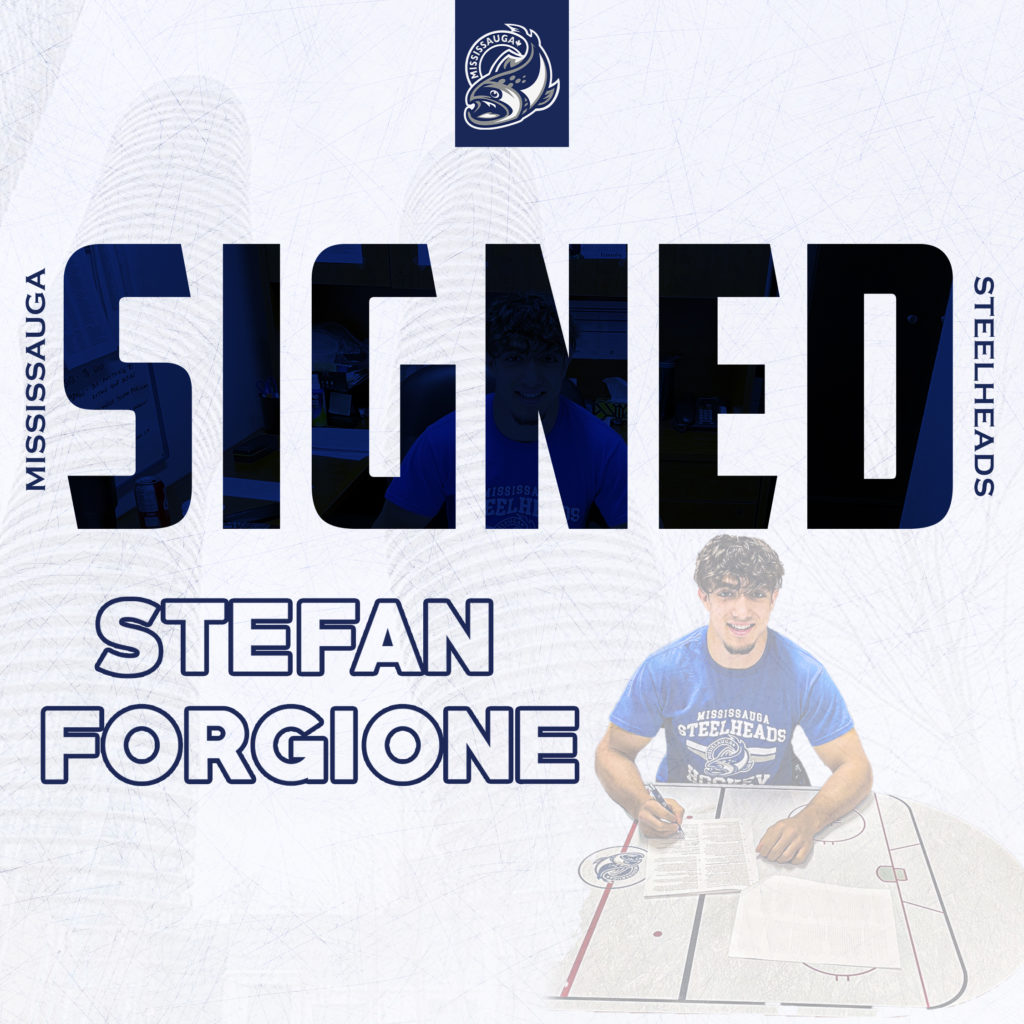 The Woodbridge, Ontario native was originally selected by the Mississauga Steelheads in the 2021 OHL Priority Selection in the fifth round at 127th overall. In the 2019-20 season, Forgione recorded 20 points (13 goals, 7 assists) in 29 games with the Vaughn Kings of the GTHL. A leader on and off the ice for the Kings, the 5’10, 177 pound left winger was consistently one of its offensive threats. With speed and skill, Forgione has the strength necessary to drive to the hard areas, as well as a strong shot that can beat goaltenders on clean looks.

Steelheads GM and Head Coach, James Richmond commented on today’s signing, “We are happy to announce the signing of Stefan Forgione. His compete level and speed are crazy high. Stef will be a fan favourite in no time at all. He reminds me a little of Nicholas Canade. We are excited to watch his growth in a Steelheads uniform.”

The Steelheads would like to welcome Stefan and his family to Mississauga.