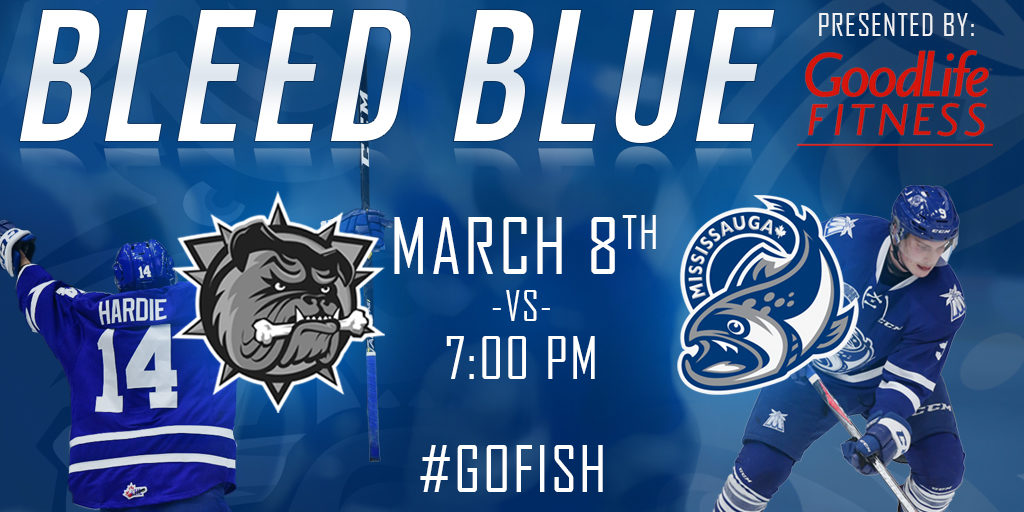 The Steelheads are proud to announce the team’s first ever Bleed Blue game presented by GoodLife Fitness will be held on Friday, March 8th when the club faces off against the Hamilton Bulldogs. 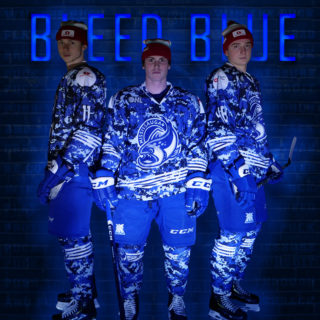 For the March 8th game, the Steelheads will be wearing one of a kind Bleed Blue jerseys. Hockey Gives Blood Co-founder Stu Middleton comments, “A first in the Ontario Hockey League; the ‘Bleed Blue’ jersey’s will be proudly worn by the Mississauga Steelheads to help score the ultimate goal. Cheer for us March 8, 2019, as we team up to support Canadian Blood Services.” The specially-designed Bleed Blue jerseys will be auctioned off following the game and all proceeds will be donated to Canadian Blood Services in support of Hockey Gives Blood. Funds raised will be used to inspire fellow members of the hockey community to join in our efforts to improve the life-saving products and services of Canadian Blood Services.

The game will see the Trout take on Eastern Conference rival and defending OHL Champion, the Hamilton Bulldogs. The Steelheads will be looking to avenge their February 13th shootout loss to the Bulldogs that ended their three-game win streak. Arthur Kaliyev is one to watch for in this game, the forward has 47 goals on the year and is a projected first-round pick in this summer’s 2019 NHL Entry Draft.

You won’t want to miss out on the inaugural Bleed Blue Theme Night! Great seats for the game are available at the Paramount Fine Foods Centre Box Office, online at ticketmaster.ca or by phone at 1-855-682-6736. Join us on March 8th to see some great hockey and support a great cause!