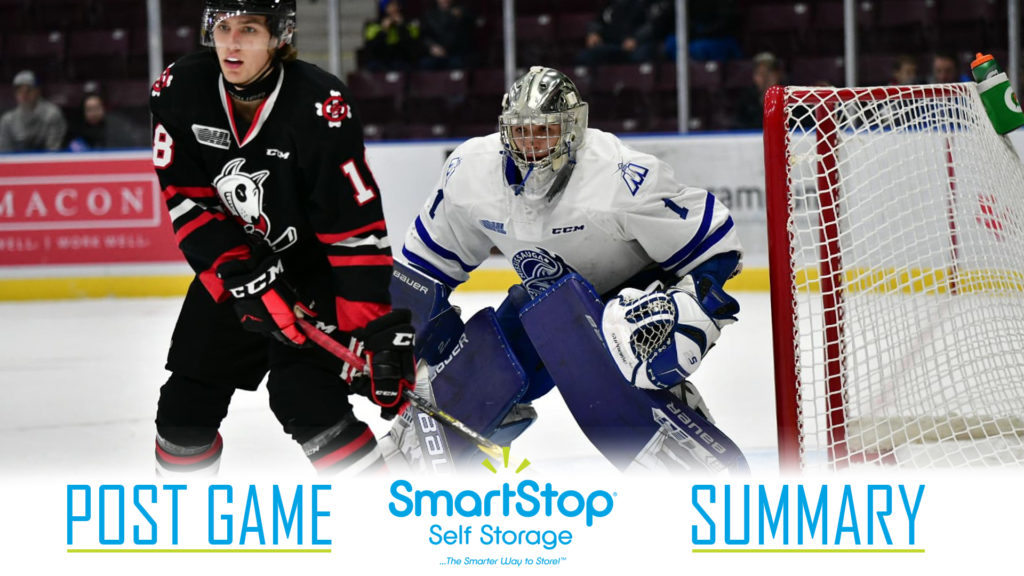 Looking to snap a four-game losing streak, the Steelheads returned home for the second half of a home and home against the Niagara IceDogs Friday night. Despite going down by two, the Steelheads battled back with four unanswered goals to get themselves back in the win column.

Penalties proved costly to the Steelheads in the first period as the IceDogs were able to take an early 1-0 lead. After going 0/2 on the power play, the visiting IceDogs finally capitalized on their third man-advantage as Philip Tomasino scored the opening goal from Oliver Castleman and Elijah Roberts.

Penalty trouble cost the Steelheads again early in the second period as Liam Ham score on the power play to give the IceDogs a 2-0 lead. Akil Thomas and Ben Jones assisted on Ham’s first of the season. Minutes later, the Steelheads found some life as Owen Tippett wired a shot over Stephen Dhillon’s shoulder to get the Steelheads on the board. Alan Lyszczarczyk, who joined the Steelheads earlier this week, picked up his first Steelheads assist on the goal. “I’m learning the systems, forecheck, power play, penalty kill, and it will keep getting better and better. This team works hard and it’s a great group with a lot of speed and skill,” said Lyszczarczyk. Late in the frame, Tippett beat Dhillon again with his second of the night to even the score 2-2. Lyszczarczyk and Schwindt assisted on Tippett’s 10th of the season. The score remained tied 2-2 heading into the final frame.

The Steelheads found life in the third, scoring two more unanswered goals en route to a 4-2 victory. The first came from Captain Cole Carter at 6:33. Ryan Barbosa and Ryan McLeod assisted on Carter’s 15th of the season and eventual game winner. A minute later, at 7:33, Michael Little added an insurance marker from Thomas Harley and Ryan Wells.

The Steelheads will close out the weekend on Sunday as they host the Kingston Frontenacs for a 2:00 PM start at the Paramount Fine Foods Centre.