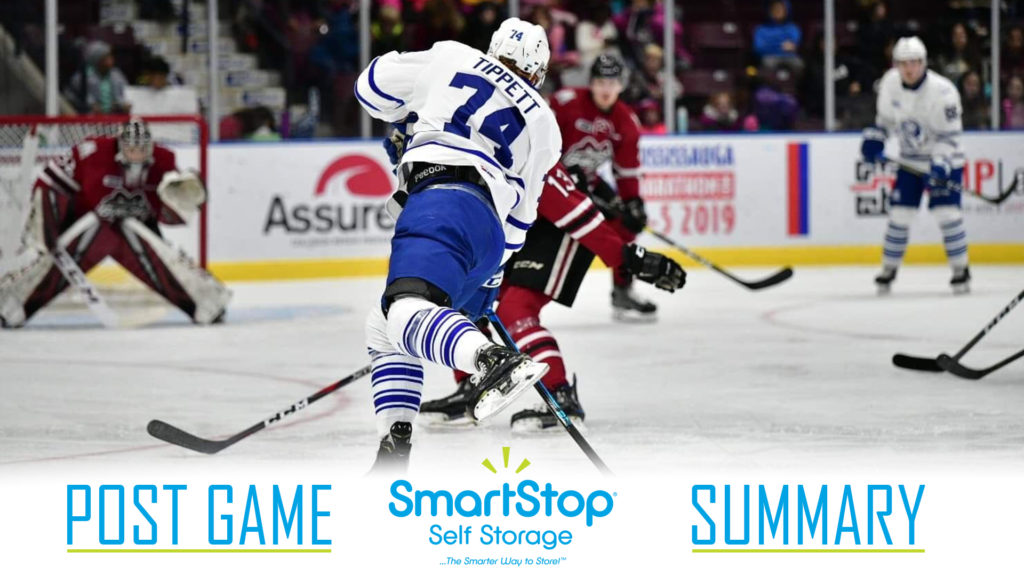 The Steelheads were back home this afternoon following a weekend road trip to Michigan to take on the Saginaw Spirit and Flint Firebirds.  Splitting their road games 1-1, the Steelheads were looking to make it two wins in a row in their afternoon school day game against the Guelph Storm. Shaking off that early morning rust, both teams came out with a lot of energy. There were scoring chances on each end of the ice. The Storm had a few chances, including a breakaway, but Jacob Ingham came up with some big stops. The Steelheads had a few partial breakaways and a two-on-one chances themselves, but Guelph netminder Anthony Popovich was able to shut the door to keep the Trout off the board. Late in the frame, the Steelheads shifted the momentum in their favour as Michael Little notched the opening goal seconds after a Guelph penalty expired. Richard Whittaker assisted on Little’s sixth of the season and the Steelheads held a 1-0 lead heading into the first intermission.

The Steelheads are back at home on Sunday November 18th when they take on the Sudbury Wolves at 2:00 pm. Tickets can be purchased through Ticketmaster.