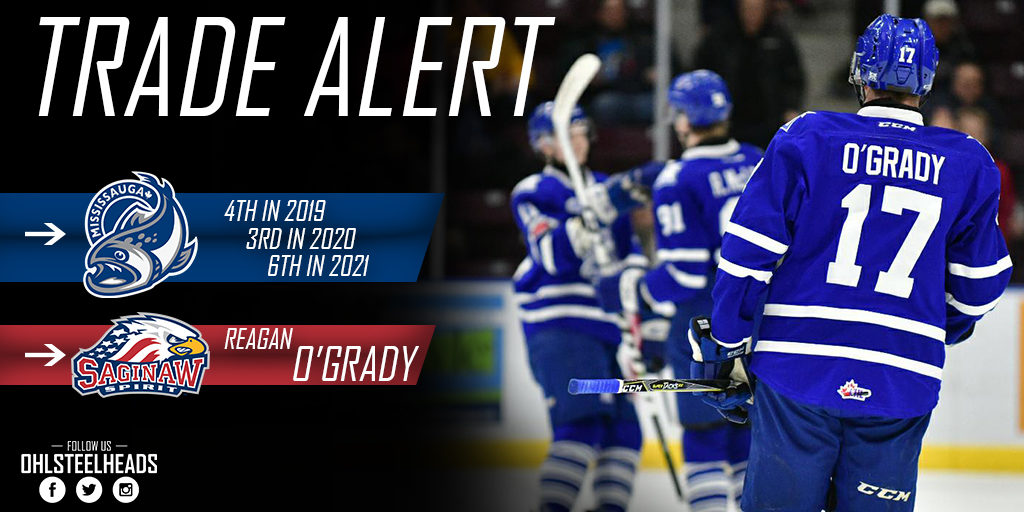 O’Grady, a native of Lindsay, Ontario joined the Steelheads midway through the 2017-18 season. He was originally drafted in the first round (15th overall) by the Kingston Frontenacs and was traded to the Wolves during the 2014-15 season.

The Steelheads would like to thank Reagan for his contributions to the team both on the ice and in the community, and wish him the best of luck in Saginaw.