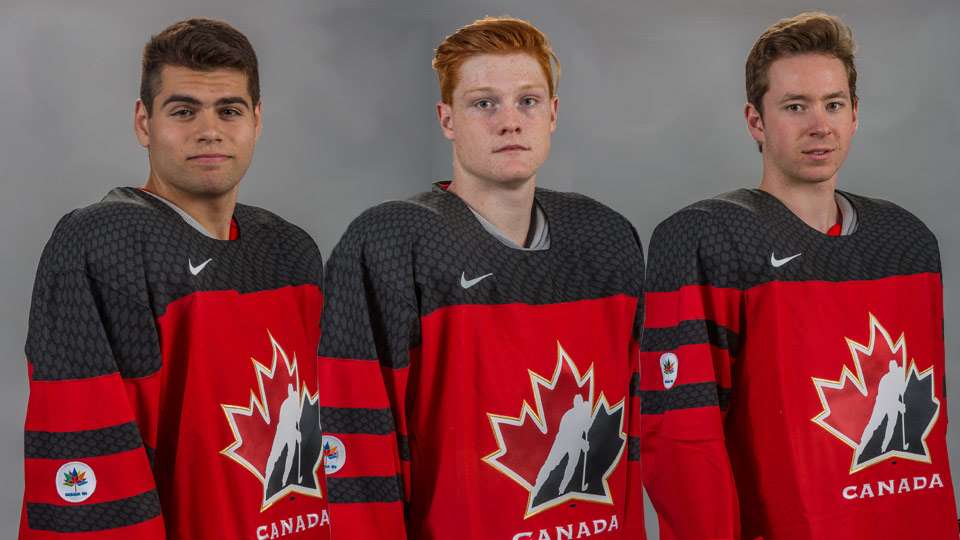 “All three players set a great standard for our leadership group,” head coach Paul McFarland said of the trio. “They lead by example in the way that we need players to – each and every day.”

Wearing the newly-released Team Canada jersey, Canada begins its quest for a ninth-consecutive gold medal when it opens the tournament against Slovakia Monday at 11:30 a.m. ET/8:30 a.m. PT; all games can be watched via live stream.

Canada plays in Group B with Russia, Slovakia, and Sweden; Group A consists of the Czech Republic, Finland, Switzerland, and the United States. The top two teams from each group advance to the semifinals on Friday, Aug. 12, with the gold-medal game scheduled for Saturday, Aug. 13. Canada’s National Men’s Summer Under-18 Team media guide, containing full player profiles, can be downloadedhere.