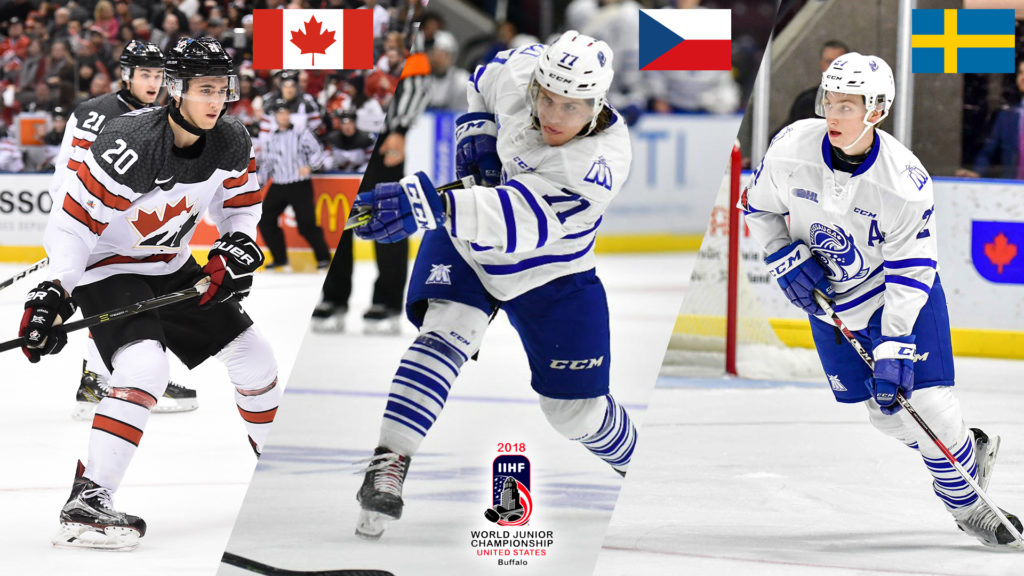 As pre-competition training camp and exhibition games begin in preparation for the 2018 IIHF World Junior Hockey Championship, the Mississauga Steelheads will be well represented.

After representing Canada at last year’s tournament, Steelheads’ captain Michael McLeod (New Jersey Devils, 2016) was again named to Canada’s preliminary roster. Hockey Canada’s selection camp will run Dec. 12 – 15 in St. Catharines, Ontario. While 32 players have been named to the preliminary roster, only 22 will ultimately have the chance to travel to Buffalo to represent Canada.

After being one of the last cuts from last year’s team, Moverare was named to Team Sweden’s preliminary roster on Wednesday morning. Moverare, a fourth round selection of the Los Angeles Kings at the 2016 NHL Entry Draft will look to make his first World Junior Championships appearance when the tournament kicks off on December 26th. This season, Moverare has 20 points and has been a key contributor on the Steelheads’ blueline.

The Steelheads expect all three players to make the final rosters of their respective teams and wish them all the best in the tournament.