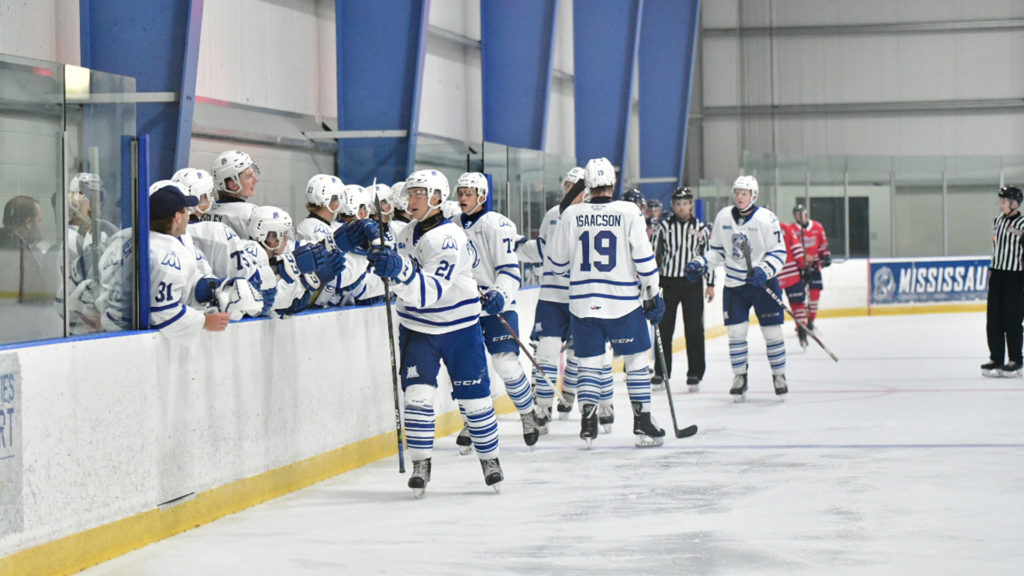 Mississauga, ON – The Mississauga Steelheads pre-season continued Saturday night as they took on the Oshawa Generals at Paramount Fine Foods Centre Community Rink 2.

Oshawa opened the scoring in the 1st period as Cole Resnick jammed away a rebound past goaltender Kai Edmonds. The Fish would answer back quickly, as Duncan Penman found Aidan Prueter who tucked one in the back of the net. Oshawa capitalized on a man advantage, to put the Generals up 2-1 but minutes later, Aidan Prueter was up to the challenge and once again tied the game for the Fish.

Play remained physical throughout the 2nd period, with both sides exchanging penalties back and forth. Cole Schwindt would break the deadlock walking around Oshawa’s defenseman, sniping one far post. Moments later, Callan Christner put the Steelheads up 4-2 skating in uncontested and ripping one past the pads of Oshawa goaltender Matthew Sbrocca. The Fish would continue to put on the pressure, as Cole Schwindt found Nick Isaacson in the front of the net for his 3rd goal of the pre-season.

It was a feisty start to the 3rd, as both teams continued to battle. Midway through the period, Richard Whittaker stole the puck from Oshawa’s defenseman and fed Nick McHugh in the slot to put the Fish up by four. William Portokalis took advantage of a 5-on-3 powerplay to cap off a 7-2 victory.

Mississauga forward Aidan Prueter continued to show why he is ranked highly for the 2020 NHL Entry Draft as he scored two goals in the contest. Goaltender Kai Edmonds saw his first action the pre-season stopping 22 of 24 shots in what was an impressive Steelheads debut. Following the game, Edmonds had this to say “We play a very tight game. There’s not many holes and the guys do a good job of keeping the shots to the outside”.

Pre-season action will continue for the Steelheads (2-0) on September 2nd as they head to Guelph (0-2) to continue their hot play. 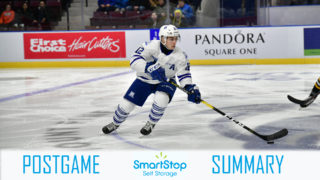