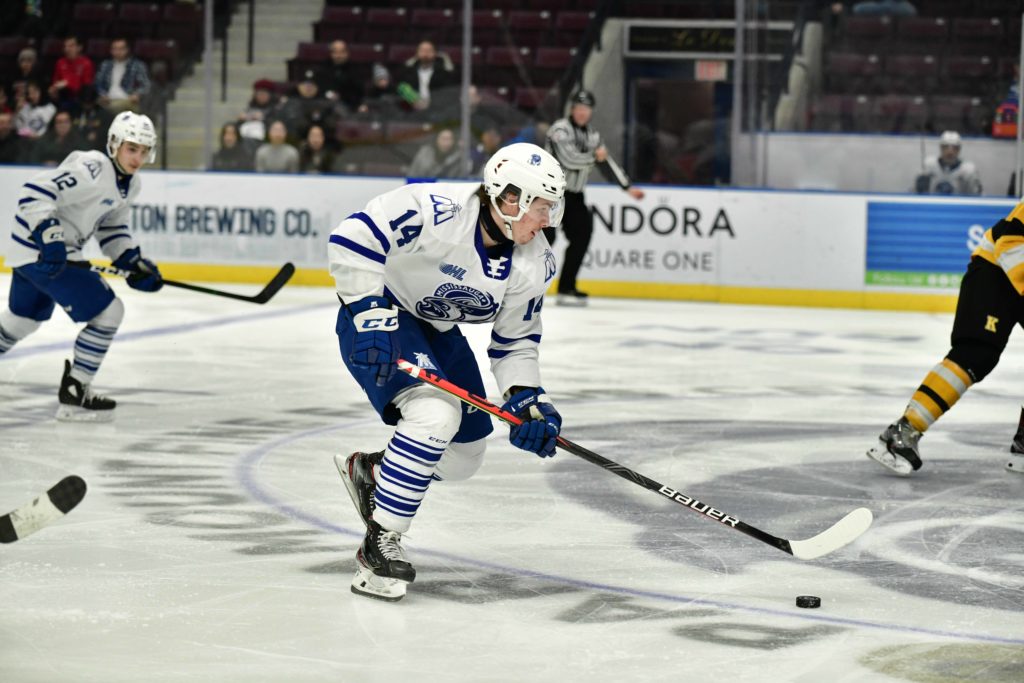 Mississauga, ON – The Mississauga Steelheads will play three games this weekend against the Ottawa 67’s, North Bay Battalion and Erie Otters as the playoff race continues to tighten in the Central Division. The Steelheads are coming off a 1-1-1-0 week, picking up a win against the Kingston Frontenacs, a point in overtime against Barrie and a loss to the Kitchener Rangers.

STAYING HOT
Since returning to the lineup from an injury on January 17th, no team has been able to slow down Cole Schwindt. The Kitchener, ON native has registered 21 points (8G, 13A) in 10 games, recording a point in each game. Schwindt was a 3rd round pick (#81 overall) of the Florida Panthers in the 2019 NHL Draft, and looks more and more like a future NHL star with every game he plays.

James Hardie has quickly developed into one of the most feared goal scorers in the OHL, scoring 24 goals in his last 26 games dating back to November 27th. The 2020 NHL Draft eligible prospect registered 6 points (3G, 3A) in 3 games this past weekend, including the game winner in the final minute of play against the Kingston Frontenacs on Sunday.

.@Jamehardie14 up on the highlight reel again with some late game heroics 🎥💪

With 54 seconds left on the clock, the #NHLDraft prospect flips the puck over the Kingston netminder to secure victory for his @OHLSteelheads 🐟 pic.twitter.com/yZablabAvl

Aidan Prueter hasn’t lost his scoring touch since he returned to the lineup on January 31st. The London, ON native has recorded 8 points (4G, 4A) in 5 games since returning to the ice, including a career-high 4 points in a game against the Sudbury Wolves. Prueter was originally acquired by the Steelheads in a trade in January 2019 and continues to improve his game each month.

Mississauga currently sits in third place in the Central Division, three points behind the leading Sudbury Wolves and one point behind the Barrie Colts. Sudbury will play three games this weekend against Sarnia, Niagara and Peterborough while Barrie will play two games against North Bay and Kingston.

UPCOMING WEEKEND
The Steelheads will start the weekend with a Valentine’s Day game against the Ottawa 67’s, at the Paramount Fine Foods Centre on Friday night.

Mississauga will have a rest day on Saturday before heading up north to play the North Bay Battalion, for a Sunday afternoon game at the North Bay Memorial Gardens.

The North Bay Battalion (11-38-2-0) currently sit last place in the Central Division, having dropped eight of their last nine games. They are led by 2020 NHL Draft eligible prospect Brandon Coe, who has registered 48 points (18G, 30A) in 49 games, as well as overage forwards Luke Moncada and Shane Bulitka.

The Fish will wrap up the weekend with an afternoon game on Family Day at the Paramount Fine Foods Centre against Jamie Drysdale and the Erie Otters. Drysdale, a defenceman, was a member of the gold-medal winning Team Canada at the recent IIHF World Junior Championships in the Czech Republic. NHL Central Scouting recently ranked Drysdale as the third best player eligible to be selected for the upcoming draft amongst all skaters in North America.

For tickets to the Steelheads Valentine’s Day Game or Family Day Game, please visit the Box Office, purchase online through ticketmaster.ca or by calling 905-502-9100.