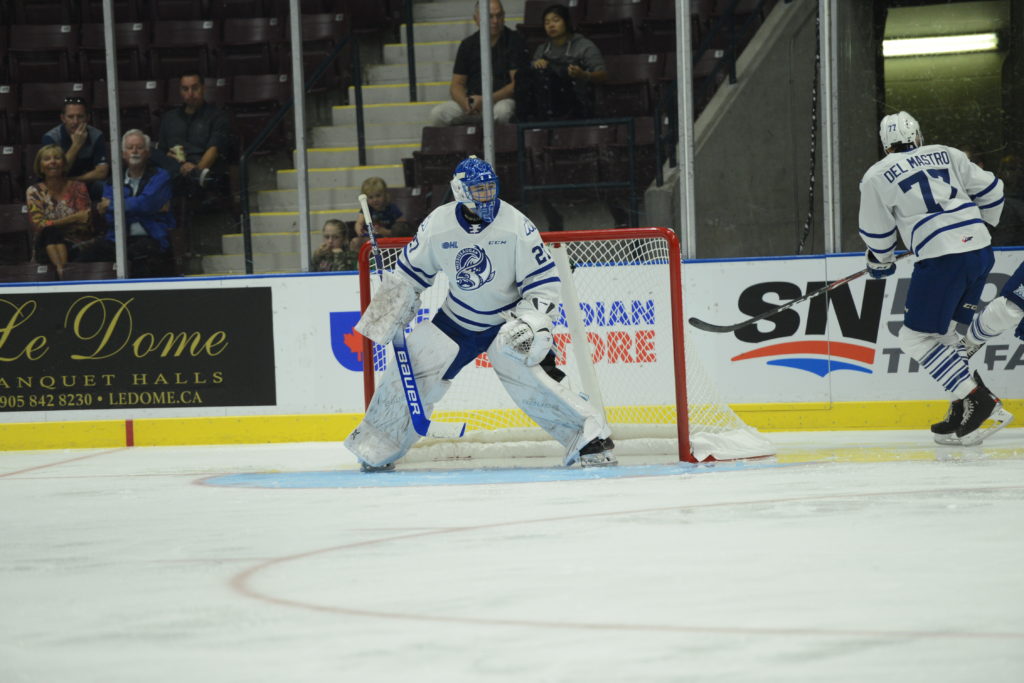 Mississauga, ON – The Mississauga Steelheads will return to the ice at the Paramount Fine Foods Centre on Friday, September 27th to take on the Oshawa Generals.

SEPTEMBER 27 vs. OSH
Oshawa arrives in Mississauga on the heels of a 4-3 overtime win on Thursday night against the Niagara IceDogs. Generals forward Jacob Winterton registered 3 points (1 goal, 2 assists) in the contest. Mississauga is coming off a two-game weekend against the Niagara IceDogs and Sudbury Wolves, where rookie defenseman Ole Bjørgvik-Holm recorded his first career OHL assist.

MATCHUP
The Steelheads and Generals matched up against each other 4 times during the 2018-19 regular season.

Captain Liam Ham will look to continue his strong play tonight as he scored 2 goals and 2 assists while playing in all 4 games against Oshawa last season.

Friday will mark the first of four meetings between the Steelheads and Generals this season.

The Steelheads scored 14 goals in 2 preseason games against the Oshawa Generals.

SEPTEMBER 28 at BAR
The Mississauga Steelheads will travel to Barrie for their first road game of the season on Saturday, where goaltender Kai Edmonds will return to play against his former team.

MATCHUP
Mississauga and Barrie played against each other 6 times during the 2018-19 regular season.

Saturday’s game will mark the first of six meetings between the teams this season.

Tickets to tonight’s game against the Oshawa Generals can be purchased by visiting the Box Office or by calling 905-502-9100.