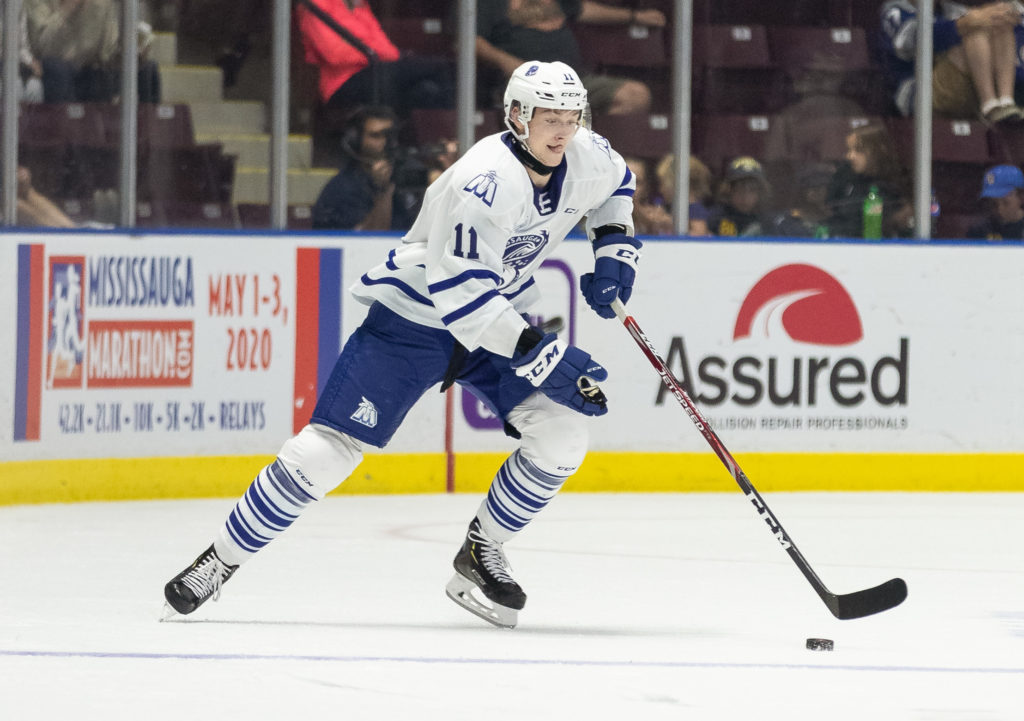 Mississauga, ON – The Mississauga Steelheads return to the Paramount Fine Foods Centre this weekend, taking on the Hamilton Bulldogs and the Windsor Spitfires. The club looks to turn the page in what was a tough September.

Searching for their first win, the Steelheads lineup has been bolstered by the return of veteran Thomas Harley from the Dallas Stars. 2020 NHL Draft eligible defenceman Ole Bjørgvik-Holm has impressed this season, as he is currently riding a three-game point streak. Florida Panthers draft pick Cole Schwindt has continued his strong play from last year, leading the Steelheads in scoring with 5 points (1 goal, 4 assists) in 4 games played. The Steelheads next victory will be the 100th of Head Coach and General Manager James Richmond’s career.

The Hamilton Bulldogs are coming off a 7-3 loss to the London Knights, and hold a 1-3-0-0 record this season. Los Angeles Kings draft pick Arthur Kaliyev leads the Bulldogs in scoring, registering 6 points (2 goals, 4 assists) in 4 games played.

Fans in attendance will have the opportunity to win a trip to Fort Lauderdale, Toronto or Quebec City, presented by Hilton. In addition, Domestic Tall Cans will be $3 off the regular price as part of a season long promotion, Friday nights at the Paramount Fine Foods Centre.

MATCHUP
The Steelheads and Bulldogs faced off six times in the 2018-19 season.

Mississauga and Hamilton will play each other five more times this season following Friday’s contest.

The Windsor Spitfires are led by 2001-born defenceman Louka Henault, who leads the team with 5 points (0 goals, 5 assists) in 4 games played. The Spitfires will play two games before traveling to Mississauga for Sunday’s contest, against the Ottawa 67’s and Barrie Colts.

Olympic Gold Medalist Natalie Spooner will be at the Paramount Fine Foods Centre to drop the puck for the ceremonial faceoff as we celebrate the IIHF’s World Girls Hockey Weekend.

MATCHUP
The Spitfires and Steelheads played two games against each other during the 2018-19 season.

Mississauga’s win against the Spitfires on December 31st, 2018 tied a season-high for goals scored in a game with 9. NHL Draft Picks Thomas Harley (2 goals, 1 assist), Cole Schwindt (1 goal, 1 assist) and Keean Washkurak (3 assists) impressed in the season series against Windsor.

The Steelheads will head to the WFCU Centre on December 19th, where they will play against Windsor one more time this season.

Tickets to this weekend’s games against the Hamilton Bulldogs and Windsor Spitfires can be purchased by visiting the Box Office or by calling 905-502-9100.