Weekend Preview – Steelheads Begin Second 3-in-3 of the Season 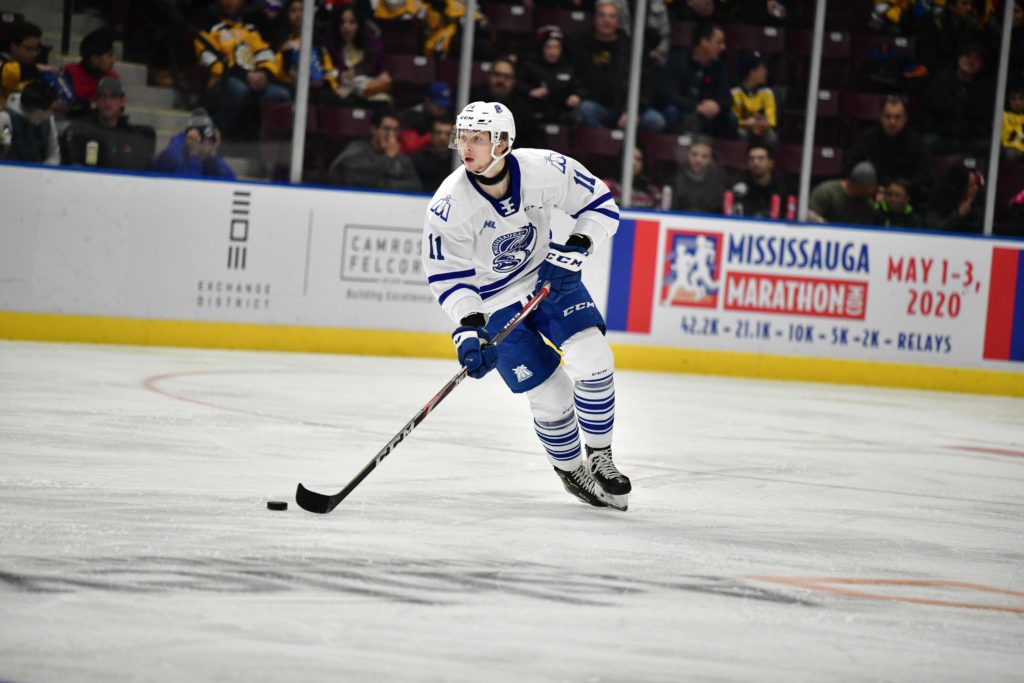 Mississauga, ON – The Mississauga Steelheads will return to the ice this weekend to take on the Sarnia Sting on Friday night at the Paramount Fine Foods Centre. The Fish will travel to Erie on Saturday, before returning to home on Sunday afternoon for a rematch against the Otters.

The Steelheads are coming off games against the Flint Firebirds and Saginaw Spirit, where goaltender Kai Edmonds stopped 69/75 shots on goal (.920 SV%), while Nicholas Canade registered 2 points (1G, 1A) against Flint. Ethan Del Mastro is set to return to the team from the World Under-17 Hockey Challenge, where he played for Team Canada Black.

MATCHUP
The Steelheads played two games against the Sting during the 2018-19 regular season, winning both matches.

Keean Washkurak impressed in the series, registering 3 points (3A). The teams will matchup one more time this season, as they will meet in Sarnia on December 14th.

The Mississauga Steelheads hold an all-time record of 8-5-0-0 against the Sarnia Sting.

NOVEMBER 16 at ER (7:00 PM), NOVEMBER 17 vs. ER (2:00 PM)
The Erie Otters (9-6-1-3) will play the Windsor Spitfires on Friday night before taking on the Steelheads on Saturday. The Otters are coming off a shootout loss to the Owen Sound Attack, where the team registered 53 shots on goal, and Danial Singer registered 2 points (1G, 1A). Erie is led by NHL Draft Eligible defenceman Jamie Drysdale (5G, 15A) and forward Chad Yetman (13G, 6A).

MATCHUP
Mississauga and Erie played on October 19th at the Erie Insurance Arena, where the Steelheads walked away with a 3-2 shootout victory. Richard Whittaker scored the shootout winner, while Thomas Harley registered 2 points (1G, 1A) in the game.

The Steelheads and Otters will play their final matchup of the season at the Paramount Fine Foods Centre in February for the Steelheads Family Day game.