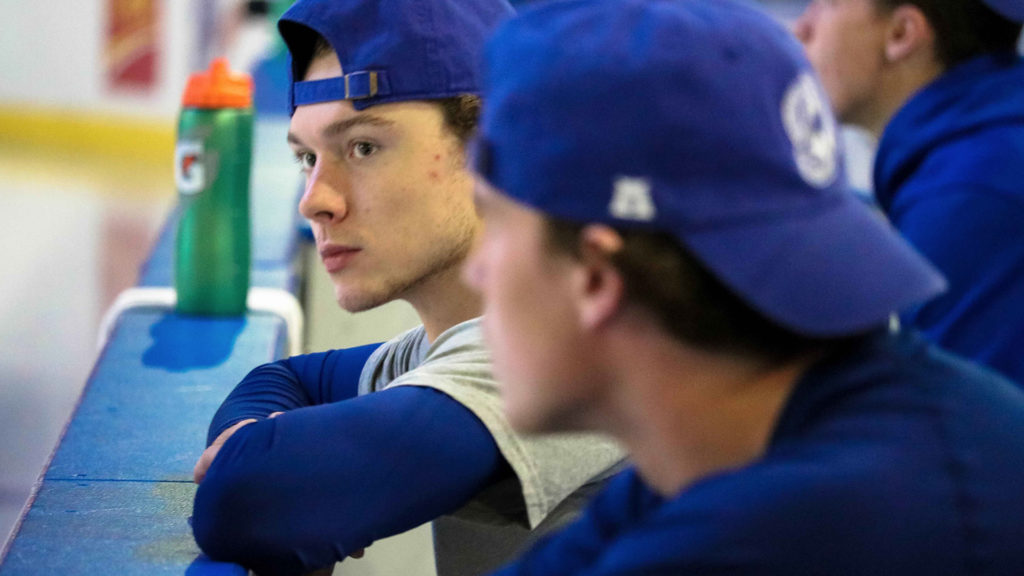 Mississauga, ON – The Mississauga Steelheads return to the ice this weekend, heading to the Nation’s Capital on Friday to take on the Ottawa 67’s. The Steelheads will have a quick turnaround back to Mississauga, where they will play the Sudbury Wolves at the Paramount Fine Foods Centre on Sunday.

The Fish are coming off an impressive weekend, defeating both the Hamilton Bulldogs and Windsor Spitfires. James Hardie led the way for the Steelheads registering 4 points (3 goals, 1 assist) in 2 games. Kai Edmonds had a great weekend in net turning aside 48/53 shots (.906 SV%) fired his way. The club’s offense broke out, scoring 10 goals over the 2 games. Steelheads Head Coach and General Manager James Richmond won the 100th game of his coaching career against the Bulldogs and rookie forward Max Dodig scored the first goal of his young OHL career.

OCTOBER 11 @ OTT (7:00 PM)
The Ottawa 67’s hold a 4-3-0-0 record this season and are coming off a regulation loss to the Kitchener Rangers. Ottawa is led by New Jersey Devils prospect Mitchell Hoelscher, who has registered 9 points (4 goals, 5 assists) in 7 games this season. Goaltender Cedrick Andree has been stellar for the 67’s this season, recording a .913 SV% and 2.89 GAA in 5 games.

MATCHUP
The Steelheads and 67’s played against each other 4 times during the 2018-19 season.

Friday’s game will mark the first of four meetings between the Steelheads and 67’s this season.

The Mississauga Steelheads hold an all-time record of 15-9-3-1 against the Ottawa 67’s.

OCTOBER 13 VS SBY (2:00 PM)
The Sudbury Wolves have been one of the top teams in the OHL this season, with a 5-2-0-0 record, good enough for first place in the Central Division. Sudbury is lead by 2020 NHL Draft eligible prospect Quinton Byfield, who leads the team with 16 points (7 goals, 9 assists) in 7 games played.

MATCHUP
The Steelheads played the Wolves on September 22nd, where they fell by a score of 3-1. Mississauga outshot Sudbury 28-19 in the game. Sunday’s game will mark the second of six meetings between the teams this season.

Mississauga holds a record of 16-6-0-0 against the Sudbury Wolves all-time at the Paramount Fine Foods Centre.

The Steelheads will try to continue their winning streak this weekend, as they look to remain undefeated in October. Tickets and Family Pack’s to Sunday’s game can be purchased by visiting the Box Office, online through ticketmaster.ca or by calling 905-502-9100.