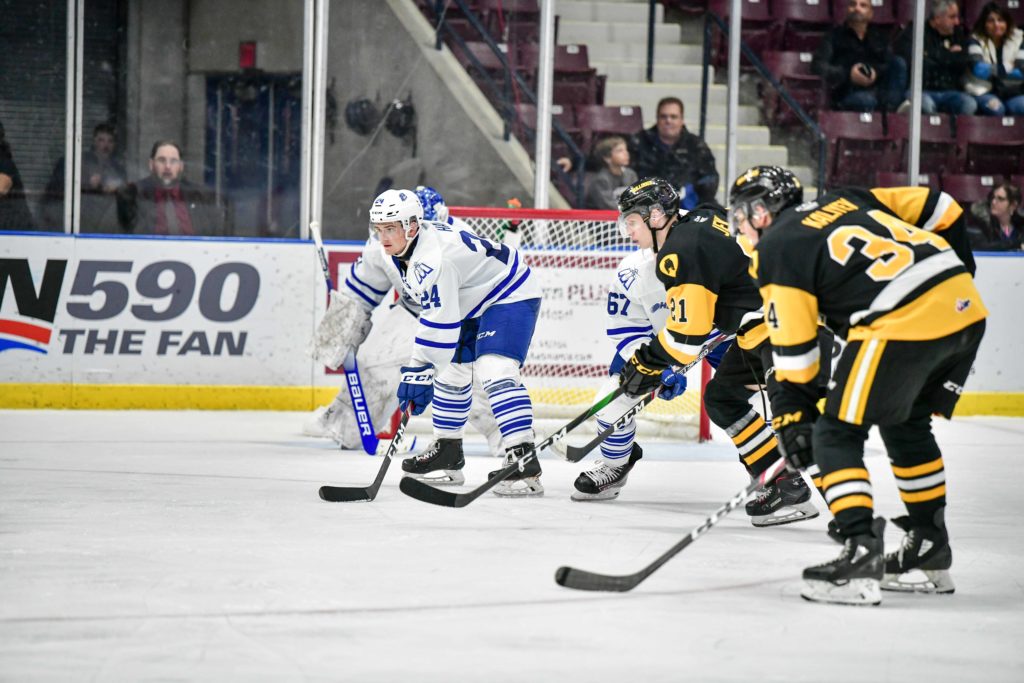 Mississauga, ON – The Mississauga Steelheads are set to return to the Paramount Fine Foods Centre Friday evening to take on Arthur Kaliyev and the Hamilton Bulldogs, before heading on the road on Saturday to face the Niagara IceDogs for the third time this season.

Earlier this week, the team acquired forward Ty Collins from the Guelph Storm, who is set to appear in his first game as a Steelhead. The Newmarket, ON, native was originally selected by the Storm in the second round, #38 overall of the 2018 OHL Priority Selection. Collins has recorded 6 points (4G, 2A) while playing in 11 games this season.

While fans await to see the debut of Ty Collins, Mississauga will be without rookie defenceman Ethan Del Mastro this weekend, as he heads to the World U-17 Hockey Challenge in Medicine Hat, Alberta. Del Mastro’s first game with Canada Black will take place on Saturday, November 2nd at 9:00 PM ET, against Canada White.

NOVEMBER 1 vs. HAM (7:00 PM)
The Hamilton Bulldogs (7-8-1-0) sit seventh in the Eastern Conference this season, and are coming off a 5-4 shootout victory on Wednesday against the Barrie Colts. Forward Jen Jenik was named the first star of the game, registering 3 points (2G, 1A). The Bulldogs are led by Los Angeles Kings draft pick Arthur Kaliyev, who is currently tied for the OHL lead in points with 31 (16G, 15A).

MATCHUP
The Steelheads played the Bulldogs on October 4th at the Paramount Fine Foods Centre, walking away with a 6-2 victory.

The Fish played one of their best games of the season, outshooting the Bulldogs 44-28. Richard Whittaker was named the first star of the game, as he registered 3 points (1G, 2A), while Kai Edmonds stopped 26/28 shots on goal (.929 SV%). In addition, Max Dodig scored the first goal of his OHL career.

MATCHUP
The Steelheads and IceDogs have matched up twice this season, splitting the season series with one win each. The Fish currently hold an all-time record of 27-20-0-3 against the Niagara IceDogs.

Tickets to Friday’s game against the Hamilton Bulldogs can be purchased by visiting the Box Office, online through ticketmaster.ca or by calling 905-502-9100.