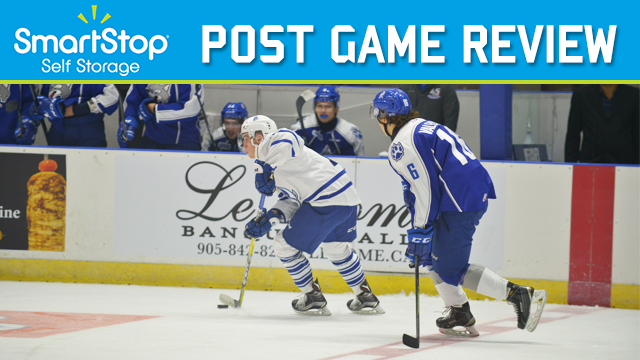 Jacob Ingham was between the pipes for the Steelheads and Jake McGrath for the Wolves. Both teams came out looking for goals. Michael McLeod opened up the scoring to give the Steelheads the early lead. Less than a minute later, the Wolves answered back with one of their own from Owen Lane. Both goalies would shut the door for the remainder of the period. The teams would head to their rooms and into the first intermission tied at one.

The Steelheads toon a penalty early on in the second to give the Wolves a chance on the power play. The Wolves leading scorer, Dmitry Sokolov, scored one on the man-advantage to give the Wolves a 2-1 lead. Later in the period, Reagan O’Grady scored a pretty goal to give Sudbury a two goal lead. Ryan McLeod would cut that lead to one by scoring his ninth of the season. After 40 minutes, the Wolves held a 3-2 lead.

With the Sudbury victory, the Steelheads will be facing the Ottawa 67’s in the first round of the 2017 OHL Playoffs. The first game of the playoffs starts Friday, March 24th in Mississauga at the Hershey Centre. #FearTheFish4 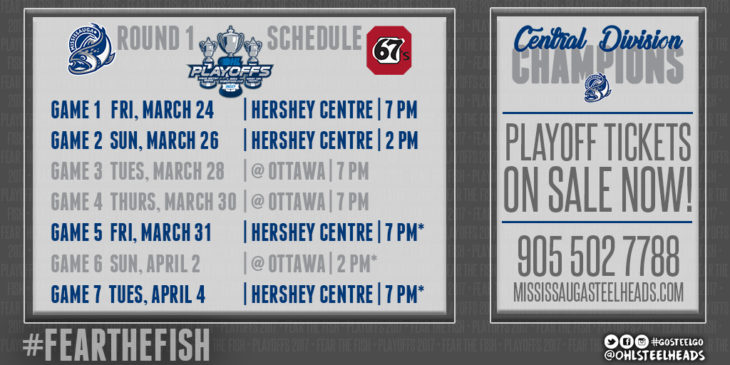