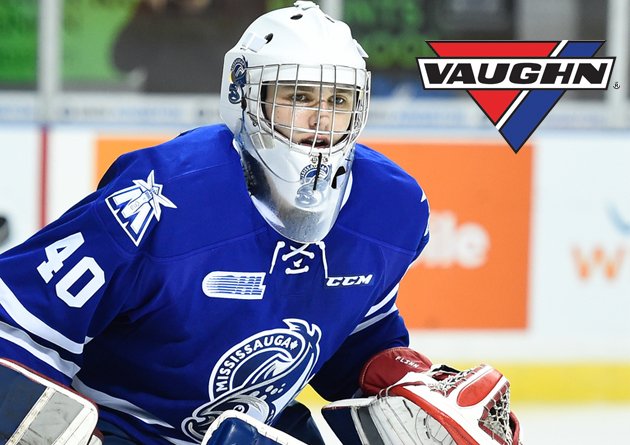 Toronto, ON – The Canadian Hockey League today announced that Jack Flinn of the Mississauga Steelheads is the Vaughn CHL Goaltender of the Week for the week ending December 13 after posting a 2-0-0-0 record including a shutout victory with a goals-against-average of 1.47 and save percentage of .958.

Flinn made 68 saves in a pair of road victories for the Steelheads who extend their winning-streak to three games and climb to first place in the OHL’s Central Division with 38 points.  On Thursday night he made 37 saves to hold on to a 4-3 overtime victory over the Windsor Spitfires, then made 31 saves on Friday earning first star honours with his league-best fifth shutout of the season helping the Steelheads emerge with a 3-0 victory over the Flint Firebirds.