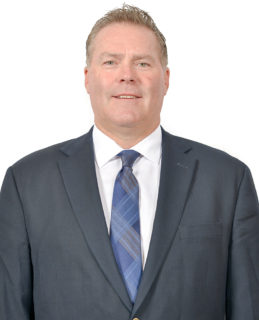 A native of Mississauga, Richmond has vast experience coaching at all levels. Prior to joining the Steelheads, Richmond was the head coach and general manager for the Aurora Tigers of Ontario Junior Hockey League (OJHL), and was also a member of the player development staff for the Los Angeles Kings. Prior to Aurora, he also spent five seasons (2005-2010) as the head coach of the Georgetown Raiders. During his tenure with Aurora, Richmond improved his club’s record each season and was named the 2013/14 and 2014/15 OJHL Coach-of-the-Year. In addition to his coaching awards in the OJHL, Richmond is a premier skills development instructor, working with players at the junior and professional levels in North America and Europe.