Junior Steelheads will have plenty of star talent: Cox 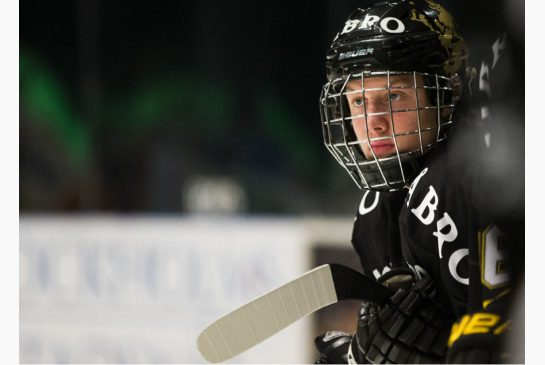 Where once there were three, there is now only one.

But what a fascinating show that one may put on this year.

The Mississauga Steelheads are all that remain on the once bustling GTA major junior hockey scene, a commentary of some kind on the shinny desires of our sprawling city. The Steelheads are the former St. Mike’s Majors, with the Brampton Battalion having moved to North Bay and the team that was the Mississauga Ice Dogs, originally run by Don Cherry, now ensconced down the Q.E.W. in St. Catharines.

Interestingly, while the Maple Leafs will again hog all the headlines as they try to rebuild from what is, essentially, ground zero, it’s the Steelheads that might be the better show in town this season, depending on your tastes.

With the Leafs, it’s all about draft picks today and down the road, and the Steelheads have those by the bushel. Specifically, they have three players who could be first-round picks in the 2016 NHL draft, which may help them lure fans in greater numbers this season after improving to a decent 2,900 per game last year.

Included in that trio of potential first-rounders is Alexander Nylander, younger brother of blue-chip Leaf prospect William Nylander. In fact, the entire Nylander clan has pulled up stakes in Sweden and moved to southern Ontario, with the brilliantly talented Michael Nylander finally apparently set to retire from active player duty at age 42 and now part of the Steelheads coaching staff.

“We wanted to change the focus of our team, emphasize skill more,” said Steelheads general manager and head coach James Boyd. “(Michael Nylander) was the perfect fit for us.”

The Steelheads, you may remember, couldn’t convince William Nylander (or the Leafs) to play for them after he was drafted eighth overall by Toronto in 2014, and they weren’t sure Alexander would come either when he was taken with the 12th pick in this year’s CHL import draft. The indecision dragged on into August, until the Nylanders informed Mississauga that both father and son would be coming for this season.

Alex Nylander, a right-handed shot who plays left wing, is a little bigger than his 19-year-old brother, but some are suggesting he could go even higher in the draft. Depending on how the Leafs do this season, that may or may not give them a chance to have a brother combination in the organization.

Another Steelheads forward who should go in the first round is local lad Michael McLeod, who impressed as a 16-year-old centre last season and this summer was arguably Canada’s second-best player behind Brandon’s Nolan Patrick at the prestigious Ivan Hlinka tournament. McLeod is six-foot-two, can score without cheating on his 200-foot game and oozes leadership.

The guessing is he could be the next captain of the Steelheads after 20-year-old Bryson Cianfrone was traded to Owen Sound just hours before Mississauga’s season opener on Friday for six-foot-eight goaltender Jack Flinn. An overager from Halifax, Flinn would be the tallest goalie ever to play in the NHL if he makes it that far.

McLeod’s younger brother, Ryan, is also with the Steelheads now after being taken third overall by the Flint Firebirds (formerly the Plymouth Whalers) in last spring’s OHL priority draft. He refused to report to Flint, and a deal was worked out to bring him to the Steelheads.

But while both Nylander and Michael McLeod appear to be locks to be NHL first-round picks next June, enigmatic defenceman Sean Day is a more complicated story.

Day, you’ll recall, followed in the footsteps of John Tavares, Aaron Ekblad and Connor McDavid as a player granted exceptional status by the OHL and permitted to enter the league as a 15-year-old. Unlike Tavares, Ekblad and McDavid, however, enthusiasm for him was muted from the start, and he wasn’t taken until the fourth pick of his draft.

He is a spectacular skater, Jay Bouwmeester-like to many scouts, but seems to lack maturity and, at times, hockey sense. Built more like a linebacker than a smooth-skating defenceman, he showed up at Canada’s camp for the Ivan Hlinka competition reportedly at 245 pounds, 20 pounds more than his playing weight last summer.

He’s slimmed down since, but not enough to quiet the horde of critics who ignore the fact the Belgian-born, Singapore-raised blue-liner had 36 points in 61 games last year, quarterbacked the Mississauga power play and skated 20-25 minutes per night.

In other words, he attracts criticism, fair and unfair, just like Maple Leafs captain Dion Phaneuf.

“I read in some places that Sean’s a total bust, and I just can’t believe it,” said Boyd. “He’s definitely in the prove-them-wrong category now.”

So in Nylander, McLeod and Day, the Steelheads have three compelling prospects. As well, six-foot-six Nicolas Hague graduated from the Kitchener Dutchman to join the Steelheads this season, while forward Owen Tippet was picked fourth in the OHL priority draft, one pick after Ryan McLeod.

“We’re still a bit young,” said Boyd. “But we’ve got high hopes. It really depends how we come together. We’ve got these players who could be high draft picks, and with the Twitterverse and the rankings, that can be a distraction. We’ve got to keep an even keel.”

Easier said than done. But whether the Steelheads soar or stumble, they’ll be an intriguing story this season as they try to prove that, as the lone survivor of the junior hockey scene in these parts, they’re worth watching.