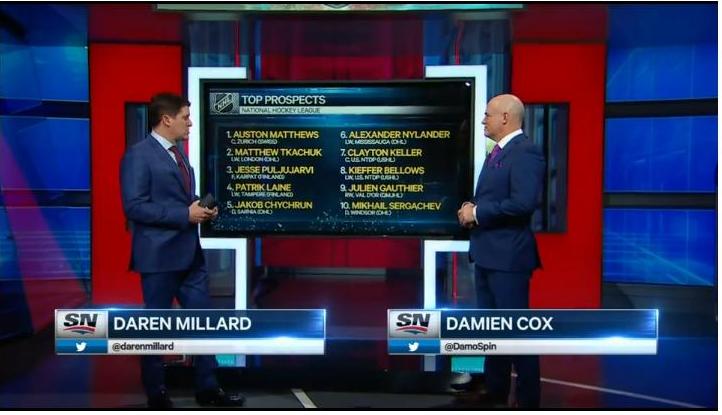 Now we’ll see who can separate themselves from the pack.

The world juniors are just around the corner, an opportunity for some, not all, of the top-ranked players for next summer’s NHL Draft to make a statement. The tournament last year in Toronto and Montreal put the final stamp on Connor McDavid’s position as the top-ranked junior on the planet, and it certainly cemented Lawson Crouse’s position as a high first round talent.

Finland’s Mikko Rantanen caught the eye of many scouts, and he ended up going 10th overall to Colorado. Americans Jack Eichel, Noah Hanifin and Zack Werenski all ended up being top-10 picks and Brandon Carlo went early in the second to Boston after playing at the tournament. Russia’s Ivan Provorov, centre Pavel Zacha of the Czech Republic and Swiss winger Timo Meier went in the top 10 as well.

This time, the tournament is in Finland. Defenceman Jakob Chychrun (Sarnia) wasn’t able to crack Team Canada’s roster, but otherwise many of the projected top picks will be in Helsinki, trying to win a gold medal for their country and impress the NHL scouts in attendance.

3. (4) Jesse Puljujarvi, F, Karpat (Finland), 6-3, 198 lb. He played in the world juniors last year and is expected to make an even bigger impression this time. Owns a well-rounded game.

6. (10) Alexander Nylander, LW, Mississauga (OHL), 6-0, 172 lb. He’s expected to play with his brother William in Helsinki. The maturity to his game at 17 is beyond where his brother was at the same point.

17. (17) Luke Kunin, C, University of Wisconsin (NCAA), 6-0, 190 lb. Playing left wing on a struggling Badgers team despite being a right hand shot. Running a bit under the radar.

27. (29) Simon Stransky, LW, Prince Albert (WHL), 6-0, 160 lb. Slippery and skillful. The question will be whether his skill wins out over his average work ethic, or the other way around.