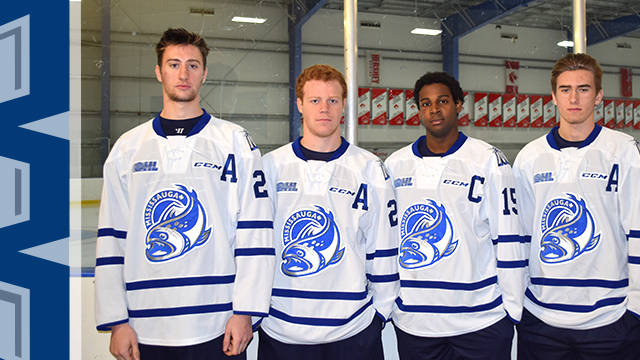 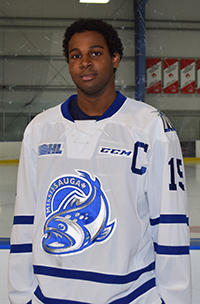 Mississauga, ON – The Mississauga Steelheads are proud to announce that Josh Burnside will become the fourth captain in Steelheads franchise history, joining Stuart Percy, Brett Foy and Bryson Cianfrone before him.  Burnside was drafted by the Steelheads in 2011 and has been with the team since their inaugural season in 2012-13, having been selected as an alternate captain for the past two seasons. “It was definitely an honour being named captain in this league, especially with the team we have today. We can do great things here and I’m glad to be captain of this team,” said Burnside. Burnside has proven to be a reliable player in Mississauga, with 44 goals and 76 assists, for 120 points in 211 career games. 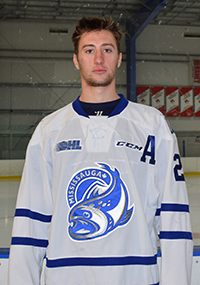 Bourne, who was drafted 11th overall by the Steelheads in 2012, is entering his fourth year with the Steelheads. The Oakville, Ontario native is having a career year, after struggling with injuries last season. In 24 games with the Steelheads this season, Bourne has been a valued contributor with 7 goals and 10 assists, both career highs. 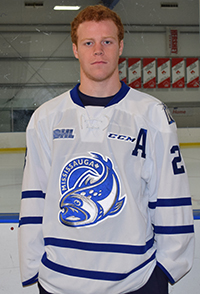 LeBlanc, also a native of Oakville, was drafted in the 7th round by the Sudbury Wolves in 2012, and was traded to the Steelheads during his 2013-2014. A leader on the blueline for the Steelheads, LeBlanc has been a steady contributor since being acquired from Sudbury. This season, Leblanc has 10 points (4 goals, 6 assists) in 25 games. 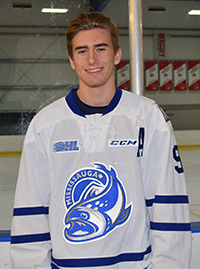 McLeod, the Steelheads 5th overall pick at the 2014 OHL Priority Selection, becomes the first ever Mississauga born player to wear a letter for the Steelheads. After a strong 2nd half to his rookie season, McLeod has been an offensive leader for the Steelheads early on this season. Currently second on the team with 30 points, including a team-leading 22 assists, McLeod has also been named an “A” prospect by NHL Central Scouting, and is projected to be selected in the first round of the upcoming 2016 NHL Entry Draft.

Come check out the leadership on display this Friday night when the Steelheads take on Dylan Strome and the league leading Erie Otters. Get your tickets now by clicking on the link below!